I’m going to start by stretching the definition of a new record to breaking point – not only is this not new, being a compilation, it’s also not a record as it can never be released:

But nothing new I’ve heard this month – this year, in fact – comes close to matching this lovingly compiled unofficial best of the KLF for energy, for ideas, or for simple cheek. Tom Ewing has assembled a guide to the only truly lost pop group of the last 20 years, from the piratical hip-hop of Burn the Bastards through the hits and the scams of the Timelords and Stadium House to their freeze frame into legend.

Over the course of less than 5 years, the KLF invented at least 2 now-forgotten genres (ambient and stadium house), recorded half a dozen brilliant top 10 singles (even if you don’t count “Doctorin’ the Tardis” under “brilliant”) and took the idea of the pop group as scam to its vanishing point. Then they deleted the back catalogue, left the building and, with a discipline no equivalent act has ever managed, vanished. Even 20 years later I keep half-suspecting every new European comedy dance act has Drummond and Cauty pulling the strings.

There have, however, been some new albums released this month (even if the second best – which I’ll talk about next month – is Kate Bush’s collection of old songs recreated to get closer to the sound in her head).

The most striking – and shrieking – release of the month is tUnE-yArDs’ “w h o k i l l” (most of that punctuation nightmare is hers, though where the hell you put the apostrophe is frankly anyone’s guess).  Tune-Yards (as everyone calls her after typing out the proper version in the first sentence) records African beats, grunting horns, ukeleles and slightly earnest social commentary lyrics. She also sings like Nina Simone, and cuts up the rhythm like no-one since the Slits.

It’s hard to imagine a less promising description for an act – The Pop Group meets MIA! Bjork records “Gracelands”! African Headcharge remix Bikini Kill! – but the tunes, her voice, and the intricate DIY production are incredibly exciting. The things which should be deeply annoying – the undergraduate posturing of “Gangsta” or “Riotriot”, the face painting, the fact that she insists on calling herself tUnE-yArDs – never intrude on a record which sounds like nothing anyone else is recording or has done for a decade. Sometimes the fact that the references one notes down about an act don’t make any sense points to the fact that they’re an original.

Cornershop have retreated to the background for their new album “Cornershop and the Double ‘O’ Groove Of”, leaving lead vocals to the previously unknown Bubbley Kaur. Much as I love Cornershop, Tjinder’s voice has never been the central pull of the band, so replacing him with Bubbley’s heavenly voice is a brilliant move.  It’s also freed the band up to create their own complete world, mixing hip-hop, Indian pop, and at one point the bassline from “Knight Rider”, and the outcome is probably their best album to date. Listening to this it’s hard to recognise their origins in amateurish feedback-drenched noise-pop (though “The 911 Curry” may be the most Cornershop song title since “Kawasaki (More Heat than Chapati)”). There won’t be a more perfectly summery album released this year, and I look forward to hearing “The Biro Pen” on a thousand TV montages.

Also mixing influences is Cat’s Eyes, the side project of Horrors lead singer Faris Badwan. To be polite, he’s mixing Lee and Nancy, Phil Spector and ‘60s garage pop. To be honest, he’s mixing the Jesus and Mary Chain’s 1994 single “Sometimes Always” with Marc Almond’s “Mother Fist and her 5 Daughters” album.   The result is a collection of slightly gothic, echo-drenched pop anthems that will sound brilliant in a teenage bedroom.

There are also a selection of slightly baroque folk-pop releases this month –  Fleet Foxes return with “Helplessness Blues”, Trembling Bells’ new album “The Constant Pageant” and Matt Berry’s “Witchazel”. Each of them, in very different ways, imagines an alternative history of pop, replacing the Byrds with Fairport and the Stones with Pentangle.

“Helplessness Blues” continues Fleet Foxes’ trademark of intricate Beach Boys harmonies with folky imagery and stop-start song structures. There’s nothing here as immediately gripping as “White Winter Hymnal”, but the album hangs together much better and, unlike the debut, I’m unlikely to listen to it obsessively for 2 weeks then forget it forever.

If Fleet Foxes flirt with the edges of prog rock, Trembling Bells are the real thing. Huge production numbers are swelled with Stevie Nicks vocals, fuzzy guitars, and relentless piano rolls. Where Do I go From You shows how far they’re willing to go in pillaging the most pompous moments of the 1970s, and how brilliantly it works.

Matt Berry is better known as the man who not only filled Chris Morris’s shoes as the demonic boss in “The IT Crowd”, but managed to be funnier . His other career, producing smoothly polished, deeply eccentric pop, has got far less attention but “Witchazel”, his first album, is a treat – like a lot of bands at the moment he’s making the sort of music Clint would have selected in Play Misty For Me, but unlike, say, Guillemots (whose album I just have nothing to say about, despite listening to it several times) he’s got the songs to support the production. Also, the best cover of the year so far: 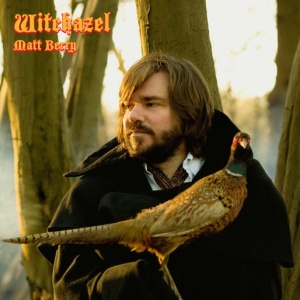 The mainstream of UK rap has, after 20 years of missteps and oddities, settled into 3 main strands – post-grime clatterers, following the lead set by Dizzee Rascal in his first album to tell stories of street life against the sound of a PS3 being thrown down a flight of stairs, entryists following Dizzee’s subsequent albums into the charts and into MrMoth’s territory, and slightly bleary-eyed, often glitchy, arthouse rappers like Ghostpoet and DELS, whose new album “GOB” sits squarely in the tradition set by Roots Manuva. He’s got a great flow and a way with an image, but personally I still miss the missteps and the oddities.

Big K.R.I.T shows how much more expansive the US rap vocabulary remains. Backed by a mix of expansive beats and LA rock samples, “Returnof4Eva” moves up and down the gears and the registers from the contemplative “Dreamin’” to “the tongue-twisters of My Sub”’.  It’s an enthralling listen – and it’s free here so there’s really no excuse for not giving it a try.

Jim Eaton-Terry tweets on occasion and is trying to listen only to new records in 2011, but Jamie Woon makes this harder than it needs to be.