Over the last couple of days we’ve looked at some of the biggest blockbusters, and potential art-house hits that will go a long way towards defining 2012 as a cinematic year, but it would be silly to underestimate the importance of those films that sit somewhere between those two camps – be they high-profile films made by talented, respected and acclaimed directors, or vanity projects for big stars…

Most of these films will be released in the latter half of 2012, but one movie that will receive plenty of attention on its release in May is the Dictator. The latest project of Sacha Baron Cohen, the Dictator looks set to change his established formula somewhat, mixing in other high-profile actors like John C. Reilly and Curb Your Enthusiasm veteran J.B. Smoove for more of a scripted feel. Regardless of the film’s quality, expect the Dictator to generate plenty of interest.

One of those films that everybody seems to hate, but also seems to perform very well at the box-office (see He’s Just Not That Into You, Valentine’s Day, New Year’s Eve et al) is What to Expect When You’re Expecting. Elizabeth Banks, Cameron Diaz, Jennifer Lopez and Anna Kendrick lead a strong female cast in an adaptation of the non-fiction pregnancy bible. Also appealing to the female market, and, let’s face it, me, Ron Swanson, is the Jason Segel-starring the Five Year Engagement, in which Segel will play one half of a long-term engaged couple (alongside the lovely Emily Blunt). Casting Chris Pratt also helps, of course.

The last of the spring releases for this column is Dark Shadows, the latest collaboration between Tim Burton and Johnny Depp, which is based, somewhat improbably, on a cult soap opera. I can’t think of many regular pairings more tedious than that between Burton and Depp, and throwing in Helena Bonham Carter, Jonny Lee Miller, Chloe Grace Moretz and Jackie Earle Haley does nothing for me, aside from making me wonder why other three-name-actors like Mary Stuart Masterson weren’t thought of.

Joseph Gordon-Levitt (screw you Dark Shadows!) will, undoubtedly, have a pretty successful summer, what with the Dark Knight Rises. The autumn release of Premium Rush sees him leading a mainstream thriller for the first time. In it, he plays a New York bike courier handed a package that draws him into a vast conspiracy. It looks like it could have a really fun, trashy B-movie feel. Speed on a bike? A mobile Phone Booth? Either would do me.

In the summer, Seth MacFarlane brings his Family Guy shtick to the big-screen with Ted. Ted stars Mark Wahlberg as a man whose childhood teddy bear came to life, and has stayed with him ever since. The bear is a foul-mouthed lothario, who causes problems between Wahlberg and love-interest Mila Kunis. Early footage is very funny, and the legions of Family Guy fanboys should lap it up.

Joe Wright’s career has derailed spectacularly since the heights of his adaptation of Atonement. I’m not sure any other director’s last two films have been worse than The Soloist and Hanna. He’s moving back to literary adaptation with his version of Anna Karenina, reuniting with Keira Knightley, playing the eponymous heroine. Jude Law and Aaron Johnson round out the cast. I would describe myself as a fan of Wright’s other adaptations, and as incredibly sceptical that this will be any good at all.

It might not be until 2013 that we see the new film by the Coen brothers – Inside Llewyn Davis, which is a story of the 1960s New York folk scene. They’re on quite a roll, at present, and with a cast that includes Justin Timberlake and Carey Mulligan, it sounds like a fascinating project.

I didn’t much like Blue Valentine, but the director, Derek Cianfrance is reuniting with Ryan Gosling for The Place Beyond the Pines,which also co-stars Bradley Cooper. Jacques Audiard follows up A Prophet with Rust and Bone, starring Marion Cotillard.

With Paul Thomas Anderson’s The Master not due for release until 2013, his (not) brother Wes is releasing his new film this summer. Moonrise Kingdom, a romantic drama, sees him working with an incredibly starry cast including Bill Murray, Frances McDormand, Ed Norton and Bruce Willis.

Quentin Tarantino should return, right at the end of 2012, with Django Unchained. A slavery/revenge thriller, with lead roles for Joseph Gordon-Levitt (busy year), Leonardo DiCaprio, Sacha Baron Cohen, Samuel L. Jackson, Kurt Russell, Jamie Foxx, Michael Kenneth Williams (OMAR!) and RZA, it will undoubtedly be a major event, although the lukewarm performance of The Girl with the Dragon Tattoo in 2011’s Christmas period might mean that the film is pushed into 2013. Inglourious Basterds was a major return to form, and it’s another intriguing concept.

Another Christmas release will be Judd Apatow’s fourth film, This is Forty. Focusing on Leslie Mann and Paul Rudd’s characters from Knocked Up, Apatow’s continuing exploration of the stages of adulthood make him one of my favourite filmmakers, and with Jason Segel confirmed as a co-star, my excitement for this couldn’t be much higher.

After Martin Scorsese with Hugo, 2012 may be the year when name directors begin to really experiment with 3D. One of them is Ang Lee, whose next film is an adaptation of Yann Martel’s Life of Pi. It’s a huge production, and one that marks a huge undertaking for one of cinema’s great directors. Lee will go head-to-head with Apatow and Tarantino for the Christmas box-office spoils. Oh, and The Hobbit: An Unexpected Journey.

Finishing with Peter Jackson’s movie as mentioned above, Warner Brothers has a hugely promising slate in the fourth quarter of 2012. One of their potential awards contenders is Baz Luhrmann’s The Great Gatsby. In 3D. Luhrmann’s epic style should suit the technology pretty well, but I’m not sure he was the right director for the story in the first place. He’s certainly assembled a starry cast, including Leonardo DiCaprio, Carey Mulligan (have a fiver on either to win their first Oscar™ next year), Tobey Maguire and Isla Fisher. It could be a disaster, clearly, but that just adds to the appeal somehow. 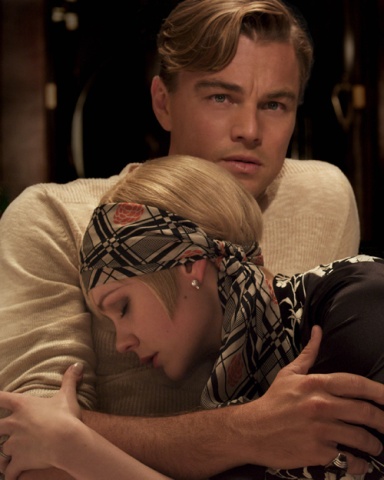 Ben Affleck has so quickly become a director with a great reputation that it’s difficult to remember the time when he was just a plankish leading man. He continues his path towards auteurdom with Argo, his third film as director, in which he beards up to play a CIA agent who has to come up with a way to smuggle some US citizens out of Iran. Based on a true story, and set in the aftermath of the 1979 hostage crisis, Argo sees Affleck star alongside a terrific supporting cast, including Bryan Cranston, Alan Arkin, Kyle Chandler, Rory Cochrane, Richard Kind and John Goodman. Argo will be released by WB in October. 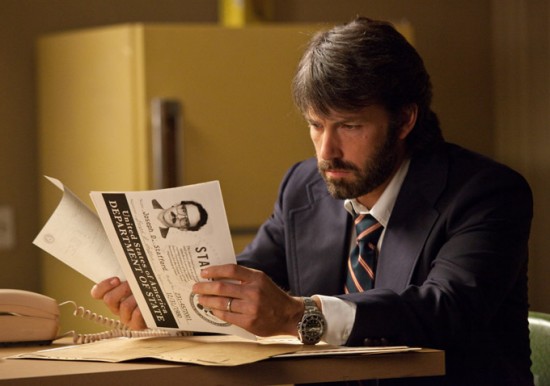 Zombieland built quite a reputation for Ruben Fleischer. Even more impressive is that 30 Minutes or Less didn’t destroy it. Fleischer’s next film is an important one for Warner Brothers’ 2012 slate. The Gangster Squad stars Sean Penn, Ryan Gosling, Emma Stone, Josh Brolin, Nick Nolte, Anthony Mackie, Michael Pena and Giovanni Ribisi. Set in the 1940s, chronicling the LAPD’s fight to keep the mafia out of the city, it should be an intriguing thriller, and a possible awards contender in 2013. However, the spectre of previous genre misfires looms large (The Black Dahlia, anyone?).

Finally, for Warner Brothers, comes one of the films I’m most looking forward to, Alfonso Cuaron’s Gravity. This long-mooted project sees Cuaron working with Sandra Bullock and George Clooney in a 3D thriller set in space. Bullock plays a woman stranded in space after a failed mission to repair the Hubble telescope, who desperately wants to return home. It has echoes of Duncan Jones’ brilliant Moon and Steven Soderbergh’s terrific Solaris remake. Cuaron is one of the most talented filmmakers around, and I can’t wait for this to be released in November, as part of what should be a great year in the cinema.