Stanley Kubrick’s 1980 adaptation of Stephen King’s novel  The Shining is, courtesy of the BFI, getting a theatric rerelease this week (with previews tonight), in the longer US cut, previously little seen in Britain on the big screen. And last week saw the theatrical release of Rodney Ascher’s documentary, Room 237, a dense, impressionistic collage of varyingly outré interpretations of Kubrick’s film, narrated by the authors of the theories; simultaneously illustrated and undermined by Ascher’s selection and juxtaposition of images from the film and elsewhere. Some thoughts after I make you jump.

The Shining opened to mixed reviews and mediocre box office – with, for example, Kubrick and Shelley Duvall each nominated in the inaugural Razzie Awards. Stephen King has gone on the record with disobliging comments about the film on many occasions. And Kubrick’s approach to the technical business of giving audiences the willies seems to have had very little influence on later genre horror film makers.  If I can just about discern some similarities between Kubrick’s approach to horror and that of David Lynch, who many would consider Kubrick’s polar opposite as a film maker (although Kubrick’s supposed rationalism and coolness often feels to me like an attempt to contain the much more untamed undercurrents in his work), that’s an exception, and I wouldn’t care to argue that any such correlation equals causation. Thirty years and change later, The Shining is still an anomaly, loathed as much as loved.

Richard T Jameson’s 1980 Film Comment article remains probably the canonical “legitimate” critical defence  and exegesis of The Shining.  Ascher’s impish documentary curates analyses from the wilder shores of critical thinking and the conspiracy-minded corners of the internet. Where Jameson treats his analysis of the film as a synecdoche of the relationship between Kubruick’s formal experimentation and his overarching thematic concerns, the critics, theorists and cranks of Room 237 often aim for more specificity. 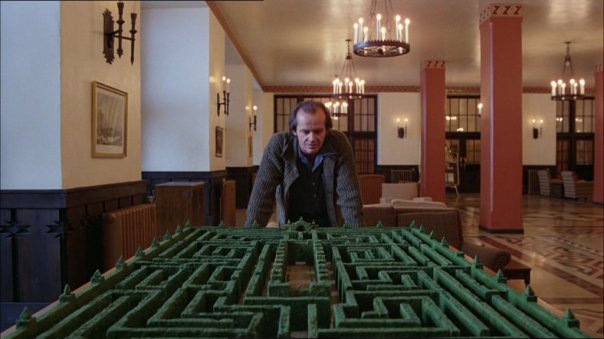 The veteran war correspondent Bill Blakemore argues that The Shining is a response to the genocide of the Native Americans.

The historian Geoffrey Cocks believes that it is Kubrick’s response to the Nazi holocaust – a subject he was obsessed with but felt unable to explicitly address in his films.

The analysis by the playwright Juli Kearns ranges far and wide, among other things reconfiguring the film as a Jungian fantasia of symbols of sexual violence, reading the Overlook Hotel as an impossible maze that links the inside of Jack Torrance’s twisted mind to the maze in which he meets his end to the myth of the minotaur.

“Musician, DJ, palindromist and culture-jammer” John Fell Ryan thinks that the only way to understand the film is to watch it backwards and forwards at the same time.

Room 237, on its face, treats each of these theories as equally plausible or implausible – putting the full force of Ascher’s rhetorical method (seen previously in his short The S From Hell – purportedly about people who were traumatised as children by the Screen Gems logo and musical sting) behind each one in turn.

Some critics (notably, Jonathan Rosenbaum) have taken exception to this approach – arguing that failure to discriminate  among competing theories trivializes the enterprise of criticism or the act of interpretation, particularly when at least some of the theories here are unilluminating conspiracy screeds that fail to truly engage with the work and its context, and which often take as their starting point the various urban myths about Kubrick’s preternatural perfectionism (sometimes, Sigmund,  a continuity error is just a continuity error), and as their guiding principle the idea that a film is a puzzle to be deciphered. 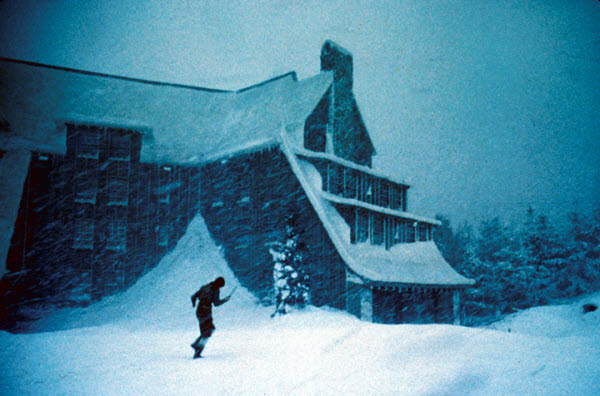 To my mind, it is at least as arguable that Ascher’s ostensibly even-handed approach to his participants’ theories leaves ample space for the audience to perform its own acts of discrimination. And the even-handedness may, in places, be no more than ostensible. When Weidner notes that the only other word you can make from the letters “ROOM No.” ( as seen on the key fob to Room 237 itself) is “MOON”, it seems unlikely that Ascher is not aware that a significant proportion of the audience is going to note that another word you can make from those letters is “MORON”. Although I have no proof of anything, Weidner has since the film’s US festival screenings taken down the  YouTube videos in which he propounds his theory. Coincidence? You decide.

The anxiety of Rosenbaum and others about the inferred insult to criticism embedded in Room 237 is arguably an expression of a more general anxiety that film criticism is being taken away from the professionals and the academy, that the postmodern cacophony of film discourse on the internet, which Room 237 formally reflects, has as its end point the abolition of the priest class of film culture. Maybe it’s not about interpretation, it’s about who has the right to interpret.

One weakness of Room 237 is the absence of any contribution from the mysterious MSTRMND (er, you have to scroll down past the pages of error messages), who declined to take part. Although John Fell Ryan’s backwards-and-forwards at once flapdoodle (hey, why not also listen to Dark Side of the Moon at the same time?)  is inspired by one of MSTRMND’s ideas, MSRTMND’S analysis is wide-ranging, antic and stimulating. Stick in a few references to the crisis of late capitalism, give the guy (or girl) a beard and a personal hygiene problem and he could easily be accepted as a legitimate film Theorist.

I had previously seen the longer American cut of The Shining in the BFI’s recent Stanley Kubrick season, but saw Room 237 this time around before I saw a preview of the Kubrick film. After seeing Room 237, I was ready to see The Shining with entirely fresh eyes, but when I saw it, I found that the film was so powerfully itself, so possessed of the monolithic thisness that characterises Kubrick’s most distinctive films, that it bulldozed interpretation aside. But when I reconsidered it before writing this piece, some of the theories in the film came back to me.

Do I believe that The Shining is “about” the Nazi holocaust or the genocide of the Native Americans, in the way that Blakemore or Cocks believe it is? No, but I do find persuasive the idea that Kubrick’s fascination with the human capacity for wholesale atrocity underlies the horror of the film.

Do I buy every detail of Juli Kearns’s exhausting exegesis of the film’s symbolism? No. But her analysis of the spatial incongruities of the Overlook has become part of the way I think about its impossibility as an expression of the impossibility of Jack’s mind, which makes me think again about the way Richard Jameson and MSTRMND talk about spaces in Kubrick’s films as an expression of inner space,  which triggers another thought, and then another, and then I’m down the rabbit hole again. And for me, that’s what film criticism is for, wherever it comes from.

3 thoughts on “Mostly BOO! Halloween Thoughts on The Shining and Room 237”