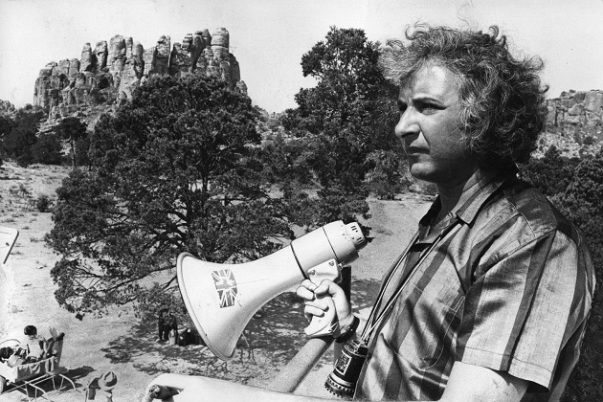 We’re not ones for obituaries here, but when news of Michael Winner’s death broke earlier this week, there was a bit more reminiscing than usual on the MostlyFilm forum. I can’t explain why it felt right to do so, but we decided to give a send off to this most eccentric of English directors. A man remembered for his notoriety as a restaurant critic, as the director of exploitative, violent trash like Death Wish or Dirty Weekend and, most damningly, for those bloody insurance commercials, Winner was also a director with great verve and wit. The below-discussed I’ll Never Forget What’s’isname, for example, is an overlooked gem, standing out from the wigged-out wallpaper of drearily off-the-wall Swinging Sixties films (yeah, Blow Up, I mean you), and, quite apart from his frequent collaborations with Oliver Reed and Charles Bronson, this is a man who has worked with some incredible names; Orson Welles, Sophia Loren, Anthony Hopkins, Joan Collins, Alain Delon and Lauren Bacall to name only a fraction. Clearly he did something right.

After the jump – as the cool kids call it, right? – we have contributions from our own Neil Hargreaves and a guest contribution from blogger and film-maker David Cairns. As David said in his note to me, it’s not the obituary he would’ve wanted. But, to me, it’s better than reducing him to a catchphrase (unless, perverse to the end, that would be exactly what he would want). 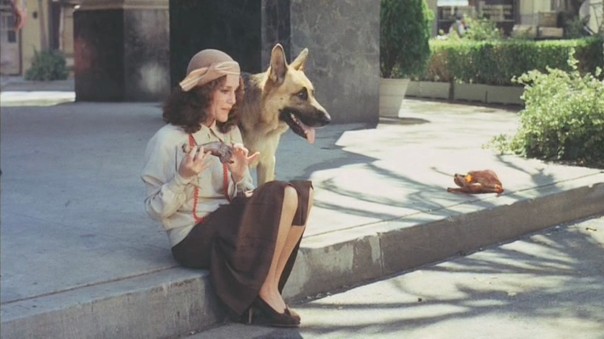 Michael Winner obviously loved making movies, even paying for his last, Parting Shots (1998), himself, when nobody else was interested in backing it. If he can be said to have a tragedy, it’s that in the pleasure of bossing people about and assembling pieces of film to create something from nothing (Winner edited many of his own films under the endearing pseudonym Arnold Crust), he lost any purpose other than to ladle out to the audience what he thought they wanted.

Won Ton Ton, the Dog Who Saved Hollywood, Winner’s 1976 turkey, shows the filmmaker’s affection for old-time Hollywood, and his strange inability to approach it. It’s the dream project he launched into after the massive success of Death Wish, and shown him really being given his head by Paramount. What did he choose to do with this moment of artistic freedom.

The film has one truly funny image: a suicidal dog with his head in a noose. The image isn’t charming, it’s rather ghastly, but it does force a shocked laugh. The rest of the movie is ghastly, but not funny.

The radiant and funny Madeleine Kahn’s performance is rendered incoherent by an anti-comedic Kuleshov effect, whereby reaction shots are randomly slotted into scenes. She looks like she’s in another movie, and would probably prefer it if she was.

The movie isn’t so much ignorant of the film history it pastiches (basically, a riff on the career of Rin Tin Tin) as willfully negligent. In desperation to get to the next lame gag, it has Bruce Dern pitch a musical during the silent era. And its idea of an amusing scene is Aldo Ray trying to rape Madeleine Kahn. Winner reached for rape, sexual violence and the whipping of bare breasts with astonishing regularity in the latter part of his career, while nonchalantly describing his films as “romps.”

Asides from Kahn, Dern and the dog, the movie features a cavalcade of old-time Hollywood stars, Winner’s genuinely affectionate attempt at paying homage to his boyhood heroes. But it all goes terribly, sadly wrong. There’s Phil Silvers, visibly battling depression while we watch, forcing a desperate smile whenever he has a line, then sinking into introspective stasis until the next speech. Those smiles are clearly taking everything he’s got. And then there’s Walter Pidgeon, doddering in and being replaced by another actor after one shot. John Carradine tastelessly cast as a drunk in an alley. Andy Devine, teeth dangling from his gums like a bead curtain made of enamel. Many of these beloved players are so close to death they inspire agonies of pity in the viewer, who might reasonably prefer to remember them swinging from vines, tap-dancing or firing tommy guns in movies from forty years before. We also feel sorry for them just for being in this movie. While not offensively conceived in the manner Winner’s use of deformed people in The Sentinel (his very next picture), the effect is almost identical.

The things we do for love. Winner had energy and talent in his youth, and could make his lack of taste appear a positive blessing with the right material. But he couldn’t turn his love of movies into a movie: something was missing. And looking at the remainder of Winner’s career, it seems as though this failure broke something in him. Each movie beforehand perhaps had no purpose save to facilitate the next movie, but they had momentum. Each movie that came after ought to have been an apology for the one before, but they just seem like further shovelfuls of earth from the same hole.

What happened to the real energy and wit of The Jokers (1967)? Or the wit of the man himself, still apparent in his acidic cherub public persona and his nifty autobiography? It would be too much to suggest that Winner’s inability to channel the wellspring of his cinephilia broke his heart, but maybe it exposed an emptiness he couldn’t bridge. 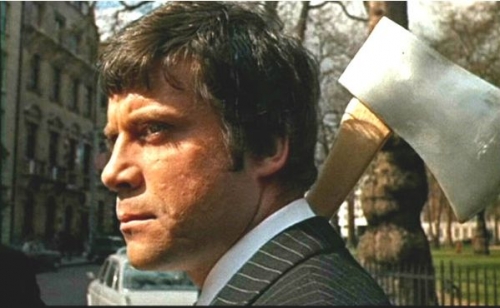 I’ve very fond memories of seeing Michael Winner’s I’ll Never Forget What’s’isname at the BFI Southbank. The opening moments are great: Oliver Reed stalks through London with an axe, goes into his workplace and buries that axe into his desk, which he proceeds to smash into toothpicks. MostlyFilm tweeted a link to the scene earlier in the week, but if you didn’t check it out then, you should atone for that by watching it now, embedded below. If you are able to resist the urge to seek out the whole film after the experiencing the delicious moment where Reed, all axed-up and sexy, steps into the frame as the very 60s music kicks in on the soundtrack, then I wish you a very dull life.

The film benefits from a sharp script by Peter Draper. Winner seems to have had an affinity with Draper’s writing, because three years before What’s’isname he directed The System from another Draper script. That film’s worth finding as well – it’s a coming of age story that kind-of reworks Fellini’s I Vitelloni by steeping it in the fish-and-chip stink of British seaside towns. Oliver Reed’s excellent in that too and I remember moments, the ending in particular, surprising me by how resonant they were.

It’s the moments that linger in my memory from What’s’isname as well. Sadly, I haven’t been able to track down an online clip of the bit where Orson Welles stuffs his face with some kind of wheat based breakfast-cereal and, goggle eyed with offence at how disgusting it is, spits it out. But that just means there’s another reason for you to find the DVD. The plot revolves around Reed being frustrated in his attempts to quit his advertising job and do something more honest (his old friend who runs a literary magazine turns out to be just as much of a poseur as the ad-men). He makes some kind of anti-ad for the Hamayasha Super 8 Video Camera, which he hopes will be a flop but, of course, instead he suffers the praise of his peers being inflicted upon him.

The scene where the ad is played was particularly memorable for me because it’s the only occasion that I’ve seen the auditorium I’m sitting in depicted on-screen in the film I’m watching. Not the cinema building, but the very seats around you projected in front of you. This feeling of accidental meta-ness was deepened when Winner turned up after the film to answer questions. I’ve been to Q&As before when familiar anecdotes have been delivered, but Winner, scarily, repeated word for word the very same stories he’d told in an interview from years before, which was included in the programme notes. You could follow the words on the page as he spoke them – as if you were in the theatre, him some old ham actor, you a nervous prompt. He also, without really being asked, threw in a free ‘Calm down, dear!’ perhaps not quite realising that the highbrow BFI audience wasn’t as keen on hearing slogans from commercials as other folk he spoke in front of. Or maybe he knew fine, and he just did it to piss them off, his own version of Oliver Reed’s provocative Hamayasha ad.

I remember the ad too. It was the ad that the people I went to see the film with talked most about afterwards (well that and the cereal). It’s properly well put together. Unsubtle, maybe even crude, but deliberately so in an in-your-face way that becomes pretty compelling – cheeky and funny with it too. Perhaps not a bad exemplification, then, of the work and personality of the director.