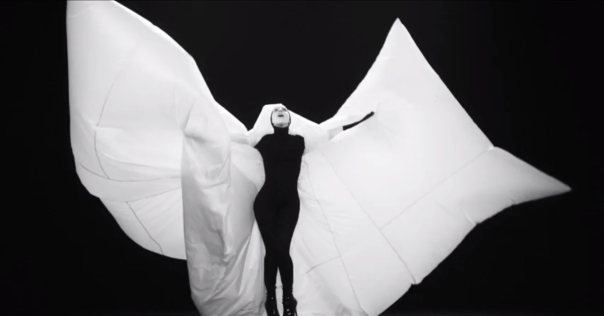 This is more like it. After the frankly lacklustre Born This Way (the singles were… OK, but frustratingly short of the brilliance The Fame/Monster threw out with unthinking abandon, and the album tracks were terrible), this first shot from Artpop promises much.

Supposedly rush-released following leaks – at which point Gaga declared a POP EMERGENCY, and who are we to argue? – Applause barrels into the room and bashes you with hooks until you beg for mercy and no more hookings, please. Your eyes hurt from the hooks. Handclaps, crowd noise, a bit where is goes quiet then comes back in… textbook. Magic. And isn’t it nice to have a pop star who really loves pop and wants to interrogate it? Who lives an examined megastar life? The self-awareness, the wit, the flamboyance and a load of cracking tunes make Gaga the most important pop star on the planet right now, and that’s before I get to the video.

Have you watched the video? WATCH THE DAMN VIDEO!! Now tell me there wasn’t greatness in there. Something of a curate’s egg, though I’m not as negative as that snarky curate fuck and I’d say it was mostly excellent and only parts of it were rotten. The great thing about a good pop video is that it have a load of “for some reason” stuff in it and it doesn’t have to explain itself. She’s in a top hat in an amazing mosaic jacket! She’s having trouble with a duvet cover! She’s got wicker wings! SHE IS A SWAN! Why? Eh, who cares? JAZZ HANDS! It’s all about the visuals, my friend, and when they hit the same attack line as the song they’re genuinely thrilling. A shame that they’re sometimes overcooked.

I’m not being rude, I like him, but what is Dizzee Rascal for these days? He’s left behind the angular outsider of Boy in da Corner and the anthemic chart monsters of Tongue n Cheek, and now he’s sort of just doing songs that are ok. I suppose that’s fine, his work here is kind of done. He broke grime into the mainstream quite nicely, then enjoyed a bit of success and now he’s getting on with being a producer and doing the odd song with Robbie Williams and stuff. Maybe it’s just that I’d like to like his work more.

Take this. It’s OK. It’s sturdily built, catchy for a time (though it’s not a proper earworm), passes the time. The video is a one-trick pony, but it’s a good and compelling trick that keeps your attention with its looping cleverness. Dizzee is effectively settling down into National Treasure status – cemented by his genuinely brilliant Paxman interview, “Mr Rascal” indeed, and his euphoric showing during the Olympic torch relay – and you’d need a heart of stone to begrudge him that. But if he could produce another Fix Up, Look Sharp or Bonkers, well, he’d be just about perfect.

The title had me expecting a bit of a slower one from Brighton’s finest, but nope, this is as upbeat as they come. Which would be good enough, but there’s some extra promise in this that hints of better to come from Rizzle Kicks. All the way through, I was willing the lyrics to just push a bit harder, cut a bit deeper, actually hit the Ghost Town vibe that haunts the edges of this track.

For a pair of chirpy novelty pop stars, there’s a real sense of angry despair ready to burst out of Lost Generation. An attack on the apathy of their peers (and not excusing themselves from it), content to sit back with reality TV and Twitter while… well, while what happens? That’s what’s missing. Rizzle Kicks are, for now, sticking to a lament for a generation’s refusal to engage with the wider world without giving any real clues as to what they think should be engaged with. Soon, maybe, they’ll focus on finding who the real enemy is and I hope they’ll manage to keep their sense of fun when they do because god knows we need some angry pop right now.

I admit I expected a bit more of this. I wanted a collaboraton between these two mega-producers to blow my head off a bit more. And it’s true that it stomps its monster feet in an elegant, minimalist sort of way and has a snarling menace thanks to the Dominque Young Unique’s vocals… Just, oh, I dunno, would it have killed them to make it a bit catchier?

The video does a good job with the source material, tying itself into Kick Ass 2 through the use of cobbled-together superhero costumes rather than through the more usual film clips (though the bit where the poster basically fills the screen is amusingly unsubtle “IN CINEMAS AUGUST 16TH”). The power-striding is totally in-keeping with the feel of the music and it all looks pretty good. Except the monster, that appears to be Slimer from Ghost Busters on steroids. And it looks worse than the 1984 special effects.

What is this, retro? Or just cheap? I know one thing – it’s long. For four minutes, it’s a long, long track. I think mostly because it doesn’t do anything. Once Nicki has fucked off it’s left to Ciara to keep us interested for the rest of the song and that’s just not a task she is up to. So what do we get instead? Product placement! Oh, yeah, this video was a learning experience. Do you know what I learned?

First of all, Bentley do perfume. What’s that going to smell of? I’m guessing walnut oil, leather and petrol which actually sounds quite nice. So there’s that. Also the new Sony Xperia is totally waterproof! I know this because Ciara dropped it in a fishtank and it totes worked afterwards. Wow! I’ll certainly be getting one of those. Or a Samsung, or whatever, other phones are available.

The Wanted – We Own the Night

Are you ready for this? I think you should brace before clicking on this video, because it’s pretty intense.

Watched it? Haha, sucker. Man, that’s some terrible shite, isn’t it? They own the night, eh? Well they’ll need to get it back from the Reclaim the Night organisation and/or Justin Timberlake*, won’t they? And I don’t think either of those options are viable for a bunch of ratty punks like you. In fact, hold on, here’s a still from the video. Look first of all at the bloke second from the left. 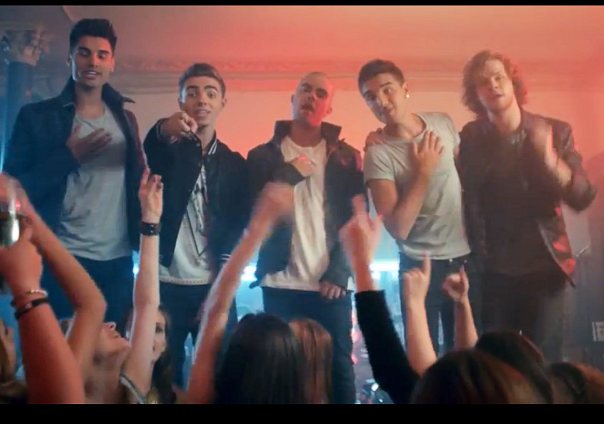 If your hand isn’t curled involuntarily into a fist, I don’t know what to do with you. Also, what’s with the guy on the right? Is… is he supposed to be there? Is he a member of The Wanted or did he just jump up on that table because he likes emoting? Seriously, I’m not sure.

The song is also dreadful, just so you don’t think I’m picking on the visuals here. It sounds, if you can believe this, like a sub-par Scouting for Girls song. That’s quite the epitaph for a pop group, especially as up to this point it looked more like it was going to read “Fucked to death by One Direction”.

*Finding that link led me to watch Justin’s Mirrors video. Now there’s a tune – eight minutes and it feels shorter than that Ciara song.