The last part of our review of the year looks at, well, Film. Top ten lists, musings, and ramblings follow after the jump from Matthew Turner, Laura Morgan, Gareth Negus, Ron Swanson and Indy Datta. If you want to know which one of them actually chose Run For Your Wife, you’ll have to go past the jump. Try the Pavlova.

I found making a top ten particularly agonising this year, largely thanks to a late flurry of list-worthy contenders in November that included Blue Is The Warmest Colour, Saving Mr Banks, Enough Said and Nebraska. I agonised for hours about the tenth spot in particular, but finally allowed my heart to rule my head and plumped for Saving Mr Banks.

My favourite film of the year, hands down was Populaire, Regis Roinsard’s delightful 1959-set French romantic comedy (or Fromcom) , starring Deborah Francois as a fast-fingered secretary who’s entered into a national speed-typing competition by her ambitious boss (Romain Duris). I suspect I will be alone in including the film in my top ten, but I just adored everything about it, from the charming performances to the gorgeous Mad Men-esque production designs and a witty, intelligent script (shades of Billy Wilder) that cleverly blended both romcom elements and sports movie conventions while subtly toying with the power-play and relationship dynamics between the two leads. Fabulous soundtrack too.

The other films on my list are fairly self-explanatory, but I feel compelled to add a few words on my inclusion of Lee Daniels’ The Paperboy. Often, when other reviewers tell me they hated something, I can at least see where they’re coming from but with The Paperboy, it genuinely seemed like we had watched different films. For me, it was a gloriously trashy and deliciously dark slice of Southern-fried noir that knew exactly what it was doing. It also included, for my money, career-best performances from Nicole Kidman and Matthew McConaughey (and what a year he’s had), as well as a worryingly perfect turn from John Cusack in the sweaty is-he-isn’t-he murderer role, suggesting a possible new career path, should he want one. At any rate, I am willing to bet that history will be kinder to The Paperboy than its critical reception suggests. 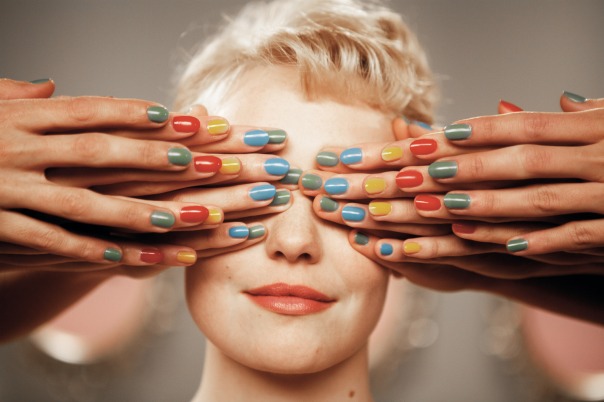 I’ll spare you my list of 50-something also-rans, but I will just say that all five of the following films would have made it into my top twenty if they had had UK releases this year: Cheap Thrills, Club Sandwich, Las Horas Muertas, Willow Creek and 9 Month Stretch.

Acting, as we all know, is really really easy. If it weren’t then Hollywood wouldn’t be able to pick exclusively beautiful people for all the biggest jobs. They’d be forced to put massive ugly misshapen faces up on giant screens and expect audiences to pay to cower behind their hands and ask the people around them if the horribleness had gone away. Bradley Cooper, for instance, does not do a good job, but he can act enough to be allowed on screen. That is the level. It isn’t difficult. More proof that acting is easy is that children can do it. Can children build a spaceship that gets all the way to the moon and lands safely? No. That is because it is difficult. But acting is easy, and this was demonstrated this year by some dazzlingly good performances from child actors, in three of my favourite films of the year. Sofía Oria, as the young Snow White in the charming and improbable Blancanieves, is the best thing in a cast that is uniformly excellent. If you haven’t seen Blancanieves I’m not even going to begin to try and tell you about it; you really need to see it for yourself.

A film I liked even more was Wadjda, the story of a Saudi girl whose only dream is to ride her own bicycle, which manages to be completely enchanting at the same time as revealing some of the discomfiting aspects of what life is like for women in Saudi Arabia. Waad Mohammad and Abdullrahman Al Gohani give riveting performances and are utterly and devastatingly convincing in their portrayal of the heartbreak and joy of youthful friendship, and if I had to pick one film as the absolute standout of 2013, Wadjda would be it. It’s even fun to say (try it!).

But Blancanieves is in Spanish and Wadjda is in Arabic, and I’m not sure how easy it is to tell how naturally someone is speaking when you don’t really know the language, so I’m pleased to be able to tell you that the other excellent child performances of the year for me were the two leads in The Selfish Giant, a stunning and gripping and harrowing film set in Yorkshire and starring Conner Chapman and Shaun Thomas, who are both so spellbinding and natural that it’s actually quite difficult to watch, but it’s also superb, so you definitely should, but not when you are feeling fragile. I was about to tell you to go and see it at the BFI, where’s it’s just about still playing, but having checked I realise its last night is the night before you will be reading this, and I haven’t invented time travel yet, so instead and since it’s Christmas, my parting advice is that you should go and watch It’s A Wonderful Life, which also features children, and is marginally less devastating than The Selfish Giant. You’re welcome. Merry Christmas, you wonderful old Building and Loan!

1) Wadjda
2)The Selfish Giant
3) Behind The Candelabra
4) The Way, Way Back
5) Very Extremely Dangerous
6) The Bling Ring
7) Blancanieves
8) Like Father, Like Son
9) The Paperboy
10) Gravity

This year, in fact, I had to leave out several titles which could have sat in my top ten without looking even slightly self-conscious; so apologies to Gravity, I Wish, Robot & Frank, Post Tenebras Lux, and A Hijacking, you all just missed out.

My favourite film of the year is Before Midnight, which I’ve already written about here. Of the crowd pleasers, I most enjoyed Iron Man Three and Alan Partridge: Alpha Papa; and In a World… from the indie end of the market. From the middlebrow awards chasers, my favourites were Philomena and Captain Phillips.

But the best works came from the arthouse sector. I’m slightly ambivalent about Blue is the Warmest Colour; I was engrossed for the full three hours, and impressed by the leads’ performances, but I still find the extended sex scenes, and briefer moments of nudity elsewhere, to be gratuitous and even exploitative. If you want a very long film about the relationship between two young women, I’d recommend Cristian Mungiu’s shattering Beyond the Hills. I’d actually recommend it even if you don’t.

One of the many kinds of film I like is the kind that introduces me to a culture I would otherwise never experience, and possible not even notice existed. So Rama Burshtein’s Fill the Void wins points for its clear, non-judgemental portrait of a Hasidic Jewish community, over and above its tale of a young woman balancing duty and desire. Finally, No; the story of an advertising exec’s attempts to run the campaign to vote Pinochet out mixed politics, 80s jokes and the academy ratio to hugely enjoyable effect.

That’s quite a good year. And to finish, a plug for my favourite film of 2014: Under the Skin.

Each of my top 5 films would have been a film I’d have been happy to anoint as my year’s favourite. As it was, 2013 was an outstanding year for new cinema, with great filmmakers making superb films both inside and outside the studio system. These films utilised huge stars and unknowns, in some cases new technology, and in others an almost deliberate, static, television-esque style.

One of those, less showy films, was Nicole Holofcener’s gently achy Enough Said. Featuring a pair of superb performances from James Gandolfini and Julia Louis Dreyfus, this was a romcom as well as a perceptive coming of age story told from a parent’s perspective – what it’s like to lose your child to college, and then, adulthood.
Holofcener’s film is the sort of film that Hollywood, and mainstream critics seem to have convinced themselves that Woody Allen used to, or in some particularly insane cases, still does, make. It’s smart and witty, its characters have room in which to grow, and shrink and there’s a wistful, if slightly bruised, heart at its centre. It’s a real gem, with both Dreyfus and Gandolfini adroitly playing against type, in his case, of course, poignantly so.

If 2013 was a year dominated by sequels and reboots, there were two sequels that stood out as comfortably the best – obvious bedfellows Before Midnight and Fast and Furious 6. The latter was the year’s best (non-Gravity) blockbuster, a joyful, inventive and hilarious romp which could not have delivered more bang for anyone’s buck.

Before Midnight, however, was a gorgeous shock. I didn’t love Before Sunrise, Richard Linklater, Julie Delpy and Ethan Hawke’s first film together, when I saw it as an impressionable teen, yet I was still convinced a sequel was a terrible idea. I was wrong. Linklater, Delpy and Hawke caught lightning in a bottle and delivered a superior sequel – as slowly and assuredly romantic as the first film is awkwardly so.

After Before Sunset stole my heart, and even convinced me of the first film’s worth, I knew nothing would ever top it as the ending I wanted for the two charactrers. That might still be the case, but Before Midnight is the most compelling and necessary film about a couple bickering, seemingly, towards a break-up, of the year. If Before Sunset could have been accused of stacking the cards in its characters’ favour, then Before Midnight is a much more sombre and chastening watch. Set amidst some simply gorgeous Greek scenery, this might be the crowning achievement of each of the three protagonists’ careers.

One of the most meaningless rituals of the amateur film buff in the internet age is the year-end catchup, when one crams in all the films one couldn’t previously be arsed to see, just so that one’s top ten list can be deemed authoritative, as if anyone gives a monkey’s. And last year, I never even got around to watching my favourite film of the year (by some distance), Bertand Bonello’s L’Apollonide, until after I’d completed all my listmaking chores. On the other side of the coin, I dragged myself this week to see the desperately ordinary (and frankly fucking creepy) Blue is the Warmest Colour, just because I knew I was contributing to this blog entry, and that made me realise there’s no point pretending I’ve seen everything.

What follows is a list of eleven of the best 2013 releases I did see, in no order. All are, I think, first rate films of some aesthetic distinction, and ranking them within this list seems impertinent.