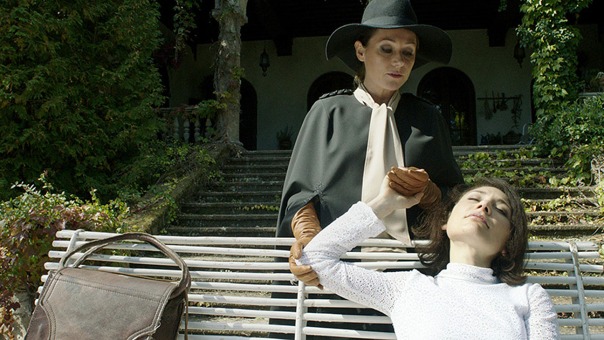 Welcome to the jetlagged, tearstained, running-on-fumes edge of the 58th BFI London Film Festival. Yes, we’re barely halfway through, but this is my third festival in the past month and I’ll be honest with you: I’m starting to struggle. It’s not just the early mornings and late nights; the sense of detachment caused by spending most of each day in a series of darkened rooms; the feeling that, having seen a favourite director’s latest effort one ought to have more to say than “I liked it”. It’s that the sheer quantity of films going through my eyes and into my brain is having an effect on me. I’m starting to think differently. Which is why what follows may be so much feverish, ranting nonsense.

You see, when you watch dozens of films very close together, you start making unlikely connections. You can’t help it: you see or hear something that reminds you of something else, and suddenly a sea of parallels whirls into your head. On paper The Duke of Burgundy, Peter Strickland’s follow-up to 2012’s likeably weird Berberian Sound Studio, isn’t very much like anything else. Existing in its own world, in which men don’t exist and women all look the same, have a lot of sex and study butterflies, it’s a sumptuously-realised slice of pure fantasy. I don’t know that my fantasy world would have much in common with Strickland’s, but it’s impossible not to admire the sheer beauty of the sound and production design in this stunning film.

Carol Morley’s The Falling is set somewhere much closer to the real world. Her last film, Dreams Of A Life, was a documentary that told a fascinating story in a straightforward way, and she does the same here with a tale of mass psychogenic illness in a 1960s girls’ school which, though fictional, is based on extensive research into cases of epidemic hysteria.

But there are few environments as self-contained and free of Y chromosomes as a girls’ school, and though these girls (mostly) don’t have a lot of sex, the relationships that exist between them are intense and physical. There are echoes of Picnic At Hanging Rock: the power and the heat generated by teenage girls’ friendships is evoked beautifully and we are excluded from their languorous, glamorous, lazy, long-legged world even as we regard it enviously. Both films, too, are set amid lush greenery; the kind of dreamy, sunlit countryside that mostly exists in childhood memories. 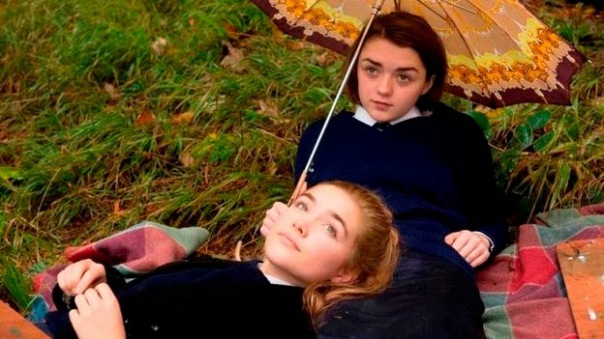 But where the films are nothing alike is in the relationships depicted. Sidse Babett Knudsen as Cynthia and Chiara D’Anna as Evelyn (“Sin” and “Evil” – do you see?) give it their game best, but no humans have ever spoken like this and no women have ever voluntarily had sex like this. That may be intentional – this is, after all, Strickland’s fantasy, not mine, so it might be expected that women will have sex as though they’re performing for a male director – but it left me entirely unable to believe in their relationship, without which there’s nothing much to do except look at the scenery, so I’m glad the scenery was so beautiful.

(A sidenote: as Danish Prime Minster Birgitte Nyborg in Borgen, Sidse Babett Knudsen is dazzingly good when she speaks Danish, but weirdly stilted when she occasionally has to speak English. She speaks English throughout this film – everyone does, though nobody is English – and it just didn’t ring true for me. I suspect, quite possibly unfairly, that she doesn’t always know precisely what she’s saying when she speaks English, which is why she sometimes sounds like a GPS robot lady.)

Whereas the obsessive, jealous friendships in The Falling are the heart of the film and what makes it sing. It may not be as unique a a piece of technical craftsmanship as The Duke Of Burgundy but it feels real and true, the more so because at this week’s world premiere the cast and director stood on the stage and giggled and gossiped in almost the way they do in the film. Morley has caught something absolutely authentic in The Falling, and it’s a joy to watch. I want to mention the music, too, which is similarly naive and charming and is all by Everything But The Girl’s Tracey Thorn, who got involved after Carol Morley had a dream about her (true story).

So what I’m really saying is that these films have almost nothing in common, except for the things they have in common, which aren’t many. Listen, I told you I was tired. But both are worth your time and money, so do see them when you can. I’m off to find some matchsticks to wedge my eyes open with.

1 thought on “Dispatches from the LFF: the tired and emotional edition”