In 1929 – two years into cinema’s sound era – the days of silent filmmaking were numbered, but as the studios raced to capitalise on the excitement and box-office potential of this new tool, some filmmakers were still producing wonders without it. Dziga Vertov was the Man With a Movie Camera; Buñuel and Dalí collaborated for Un Chien Andalou; Fritz Lang made another pioneering sci-fi film with Woman in the Moon, and Anthony Asquith found time to comment wryly on the phenomenon of the ‘talkie’ in his gripping thriller A Cottage on Dartmoor. GW Pabst, meanwhile, was about to turn a relatively unknown actress into one of cinema’s most iconic and intriguing figures. Why on earth would he need dialogue? He had Louise Brooks.

Pandora’s Box was released in January of 1929, and it is the film with which Brooks is most readily associated. Her character Lulu exhibits an uninhibited and reckless sexuality that has destructive consequences for both herself and the men she meets throughout the film. The film was reedited and heavily censored in different ways as it was released around the world, but Pabst was undeterred, and he was already working with his new star on another film that would reach cinemas later in the same year. Diary of a Lost Girl is a fascinating companion piece to their first collaboration; it acts as another critique of the decadence of Weimar Germany, but it begins as a kind of negative image of the previous film.

Whereas Brooks in Pandora’s Box was a voracious seductress clad in black, the character of Thymian is dressed in virginal white and is the image of innocence as we meet her on the day of her confirmation. Diary of a Lost Girl is a film about how this most unworldly creature is preyed upon and corrupted by those around her, with Thymian’s first loss of innocence occurring when she gains knowledge of her father’s affairs with a succession of maids that have worked for the family. Suddenly destabilised, the girl faints right into the arms of Meinert (Fritz Rasp), her father’s employee, who has been leering at her for years and now seizes his chance. Nine months later, Thymian’s rape has resulted in a child, but she refuses to name the father and she finds herself banished from the family home and sent to a reform school, with her child taken into care.

Once again, Brooks is portraying one of society’s outcasts, but Pabst encourages us to empathise with her by surrounding her with grotesques. The reform school she finds herself in is run by the dome-headed and grim-faced Andrews Engelmann – who confiscates a girl’s lipstick before trying it on himself – and the sadistic matron Valeska Gert. One of the most brazen and extraordinary scenes in the film has Gert watching the girls undress before bed and then instructing them in their nightly calisthenics. She hammers out the beat on a gong and the beat gradually gets faster and more frenzied throughout the sequence as a look of orgasmic pleasure overwhelms her face. In fact the whole sequence in this prison-like milieu pulsates with an atmosphere of sexual desire and menace. Everyone in Diary of a Lost Girl is driven by their primal desires and they all view Thymian as something that they need to possess and defile. 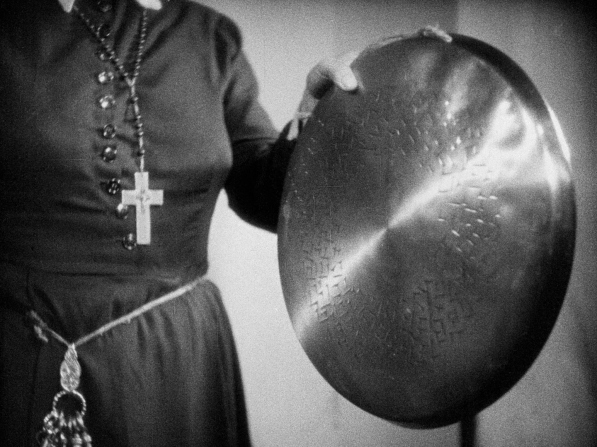 Diary of a Lost Girl is a more straightforward film than Pandora’s Box, and the narrative has a relentless quality with tragedy being piled upon injustice as Thymian slips further down the ladder of fate. Finally she seems to accept her place in society when she becomes a much sought-after prostitute at a high-class brothel, with one customer telling her “Yes, Thymian. Now you are a lost girl, just as we are all lost.” Pabst had intended to develop this aspect of the story further, with Thymian graduating from call-girl to Madame, and the original ending of the film had her running the brothel – a far cry from the naïve and untouched girl we met at the start of the film. Instead, she is rescued and returned to society, only revisiting the site of her former torments in her capacity as a member of the Society for the Rescue of Endangered Female Youth. “A little more love and no-one would be lost in this world” is the film’s final summation.

But the question remains: how did the movies lose Louise Brooks? We can see her in a few more films either side of her banner year of 1929 – notably William Wellman’s Beggars of Life and Howard Hawks’ A Girl in Every Port – but essentially we only have these two German films as a showcase for this extraordinary woman. She claimed that Pabst frequently told her to do nothing in scenes and this direction was a masterstroke, because amid the often exaggerated performances in these films she transmits her character’s emotions through the most subtle of gestures and modulations of her expression. She is an incandescent presence and one of the first people to really capture what screen acting could be. Close-ups of that perfect face burn themselves into your memory. 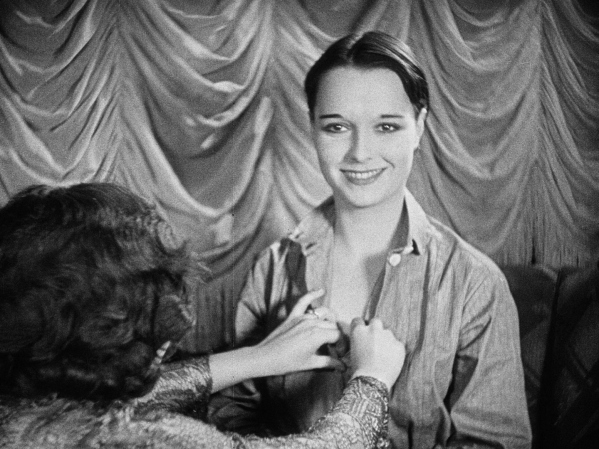 Brooks returned to America after her European adventure and made a handful of pictures, but was essentially blacklisted after breaking her Paramount contract to work with Pabst and soon disappeared from the film industry for good. But what an impact she made in such a brief career – in just the two films she made with Pabst she seems to define the style, fashion and sexuality of a whole decade. Even as other elements of these films may seem dated to contemporary viewers, Louise Brooks is always fresh, modern and alive. Henri Langlois – who in 1953 famously announced that “There is no Garbo! There is no Dietrich! There is only Louise Brooks!” – perhaps captured the essence of this unique actress better than anyone:

“Those who have caught sight of her will never be able to forget her. She is the modern performer par excellence because, like the statues of antiquity, she is outside of time… She is the intelligence of the cinematographic process; she is the most perfect photogenic incarnation. She embodies in herself all that the cinema rediscovered in its final silent years: a perfect naturalness, a complete simplicity.”

Diary of a Lost Girl is available on blu-ray from Masters of Cinema.

4 thoughts on “Diary of a Lost Girl”