A horror romance is released in cinemas today. Viv Wilby enjoys the changes observed during Spring. 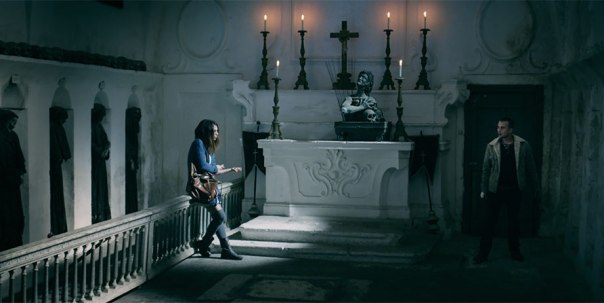 I was in the US last year and got talking to a kid in the queue for the movies (Gone Girl, since you ask). Realising I was British, he told me he was planning to go travelling round Europe, particularly one part of Italy where he’d been told there are some really old towns. I didn’t have the heart to point out that Italy is full of really old towns.

Old Italian towns and naive American travellers are what we get with Spring, a new horror-romance hybrid from directors Justin Benson and Aaron Moorhead. Evan, a babyfaced native of southern California, joins the backpack trail in Italy after his mother’s death. After hooking up with some boorish Brits, he finds himself in an ancient and crumbling coastal town, all steep stone steps, twisting medieval alleyways, forbidding churches, and scarred with reminders and littered with relics of Italy’s ancient and pagan past. He’s the latest in a long line of wide-eyed American innocents who succumb to the decadence and decay of old Europe.

The reason for his lingering is Louise: a beautiful, whipsmart, confident, combative but rather mysterious brunette. A student of evolutionary biology, she has an international glamour, claiming to be Italian, but coming over more American (actress Nadia Hilker is actually German) and admitting to speaking several languages (including some dead ones). Poor little Evan doesn’t stand a chance and is instantly smitten. 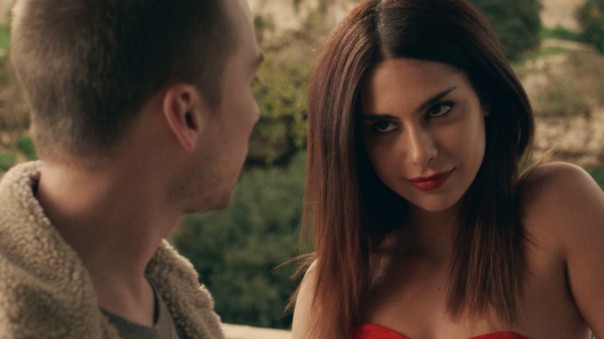 So far the film has been as gauche and eager-to-please as its hero. But Louise has a secret and troubling condition and the film lets us in on it (if not precisely what it is we’re seeing). Evan, however, is kept in the dark and there’s a squirmily enjoyable second act in which we’re teased with flashes of familiar horror tropes. Are we watching a vampire movie or a werewolf movie? Is Evan destined to be victim or saviour? Particularly effective is Benson and Moorhead’s decision to often keep the camera fixed on Evan, and Louise just out of shot. We know she’s there, we don’t know what she’s going to do. I found myself peering through my fingers.

For its third act, I don’t think it’s spoiling too much to say things take a smart left turn as the film ingeniously gets itself out of the hole it’s been written into. There’s a big explanation and an even bigger get-out-of-jail-free card for our hero and heroine, both of which are purest hokum, but I enjoyed the chutzpah.

This is a small, low-budget movie and that shows in the tiny cast, if not in the effects, which are done well. Much of it plays out as a two-hander, and the only other character of any significance is Angelo, the old olive farmer who Evan finds board and lodging with. There’s also a banality to the dialogue that occasionally falls on the wrong side of charmingly naturalistic.

But these are minor complaints. I particularly enjoyed the use of Mediterranean wildlife: lizards, locusts, snakes, octopi all serve as silent witnesses as the horror unfolds. A single tree bears both a lemon and an orange.

The leads are effectively cast and styled. Lou Taylor Pucci’s close cropped blond hair and round face give him a babyish aspect, while Nadia Hilker’s strong-featured striking beauty suits her enigmatic character. Is she one of us or a different species?

There’s a witty probing of and playing with ancient ideas of the changeable nature of women. Think Ovid and his Metamorphosis or the legend of the fairy Melusine. It marries these ideas with more modern cinematic influences as – horror buffs will spot nods to An American Werewolf in London, Don’t Look Now and Near Dark.

Spring carries this mosaic of influences lightly and with wit and intelligence.