Two decades, almost to the day, since Mr Darcy stepped, dripping sexily, out of the lake, theTramp looks back. 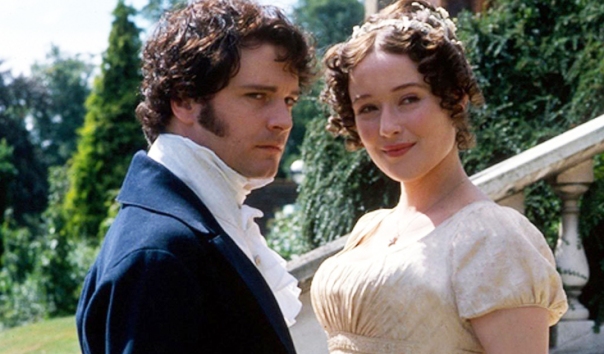 Yes you read that correctly, it’s twenty years since Colin Firth stepped into Mr Darcy’s shoes for the BBC’s classic adaptation of Pride and Prejudice.

For those who didn’t watch it at the time perhaps, following the recent likes of Poldark, Darcy’s emergence from a lake, dripping wet, shirt clinging to his torso, could seem a little tame, but at the time it was revolutionary. Revolutionary and sexy as all heck, and I believe it still is.

To my mind the BBC’s adaptation will never be bettered. This isn’t only down to casting; watching Joe Wright’s 2005 film, with Keira Knightley in the lead (on paper, perfect casting), I found her Lizzy lacked the lively wit of Jennifer Ehle’s and Matthew McFadyean’s Darcy was pale and dull next to Firth’s portrayal of smouldering, barely constrained emotion. Even Laurence Olivier, in the 1940s film adaptation, fails to convince when compared with Firth’s.  And yet the success of the BBC adaptation is not wholly down to the casting of Darcy, rather it is the sum total of the lively direction and script and excellent casting (Lydia aside; I do like Julia Sawalha but she was far too old for the part) working together that made it so watchable then and now.

Watching it in the past and more recently, what really shines for me is Andrew Davies excellent script, which brilliantly treads the line between faithfulness and modernisation. There is a wit and insightfulness to Austen’s book that is hard to replicate. Davies appears to have taken the view that there is no need to replicate it and so where Austen gets it right he uses her words rather than his own, not for the benefit of purists and fans, but for the story itself. His changes and additions, meanwhile, ensure that the spirit and story lift away from the page to work for a modern television audience – including ‘that’ scene. The result is seamless, and, with the aid of telly veteran Simon Langton’s deft and lively direction, the six hour long episodes fair zip along.

The title of book and show is, of course, a reference to the romance that blossoms between the prejudiced Lizzie Bennett and the proud Mr Darcy.  The casting of these two characters is obviously essential to the success of any adaptation. There are some who find Colin Firth a rather one dimensional actor and consider his Darcy, a role that propelled him into the spotlight, a lucky break rather than aparticular display of actoryly skill. Certainly Darcy made Firth, and is a role he has arguably failed to step out of the shadow of (even leaving aside his Mark Darcy in the Bridget Jones films). And Darcy is, in many ways, the weakest characterisation in the book; a romantic fantasy rather than a skilfully observed real person. What Firth conveys trhough the his physicality (that frame, that hair, that breathing) constrained both within his impeccably tailored costumes and his unspoken emotions  (the lips that move as if to speak but don’t, and his rather lovely eyes) is exactly that romantic ideal. . It also helps of course that he is sexy as all heck. I might have already mentioned this.

Ehle’s Lizzy is more interesting casting. In The Camomile Lawn Ehle was a purring, curvaceous temptress with cut glass vowels , as far removed from an Austen heroine as it is possible to imagine. In Pride and Prejudice those same vowels highlight the lively wit of Austen’s words and convey the frustration of a woman at all times cast in the role of daughter, spinster or wife rather than as an individual in her own right, except when in the company of her father, a man she admires but over the course of the story loses some of her respect for. She may not be how I would visualise the character (I would suggest Knightley is closer to what I imagine when reading the book), and yet she embodies the spirit of Lizzie far better than any other actress I have seen in the role.

The Beeb’s adaptation makes good use of its running time to let the relationship between Lizzie and Darcy blossom; the prejudice that follows an initial attraction; the growing attraction that battles against a proud sense of status and responsibility to that status; the osbatcles posed by society and world view that in time give way to understanding and romance. However where it really gets it right for me is the way that it uses its running time to allow all of the characters from the book to shine, and not just the principal couple.

As a reader it is the rich pool of recognisable characters and human insight that I appreciate so much in Pride and Prejudice. Adaptations so often, understandably, focus on the romance between Lizzy and Darcy and lose sight of the other characters, but not here. I could go on and on  about the excellent work undertaken by all the actors in this ensemble cast, including the likes of Benjamin Whitrow’s Mr Bennet, Lucy Briers’ Mary Bennet, Barbara Leigh-Hunt’s Lady Catherine de Bourgh, but I will focus on a handful instead. For instance, David Bamber’s embodiment of the wonderfully oily, vain, obsequious Mr Collins, surely one of literature’s greatest comic creations. Where Collins can be portrayed as a clown, Bamber offers a man in all his vainglorious fullness, a clown to the viewer but not to himself and every moment that he is on screen it is impossible not to both laugh and cringe.

Note should also be made of some of the other key female characters, who fill out the book and this adaptation. Alison Steadman as Mrs Bennett, for instance. Steadman is a wonderful comedic actress, who offers up Mrs B as a woman with a voice comparable to fingernails down a chalk board, displaying a fussy affection for her daughters and offering glimpses of grief for the relationship that she doesn’t have with her husband. Anna Chancellor’s scheming and snobbish, Miss Bingley is more than just the panto (or should that be drawing room?) villain here. Chancellor is provided the room that she needs to paint Miss Bingley as as much a victim of social class, position and thwarted romantic and marital ambition as Mrs Bennet. And Lizzy’s closest friend, Charlotte Lucas, as played by Lucy Scott, is a more successful and pragmatic schemer than Miss Bingley, interested not in romantic love or intellectual compatibility, but in security. Her success, baffling, to Lizzie, is played out fully here as an example of what is often a woman’s lot in the world as portrayed by Austen’s book, whereas films tend to cast Charlotte as a footnote .

For all of this it is of course ‘that’ scene that proves the most memorable moment of this series. It is interesting that more recent adaptations of well-loved books rely greatly on bringing sex to the screen, more explicitly than the original books,  but that here Davies and Langton brought sex to the screen without explicitness, in a simple wet shirt moment, relying on the thrill of material clinging not to pert nipples, but a male torso that may well be ripped, but how ripped we couldn’t say because we never actually see it. Proof that less can be more and that small changes can have a big impact. 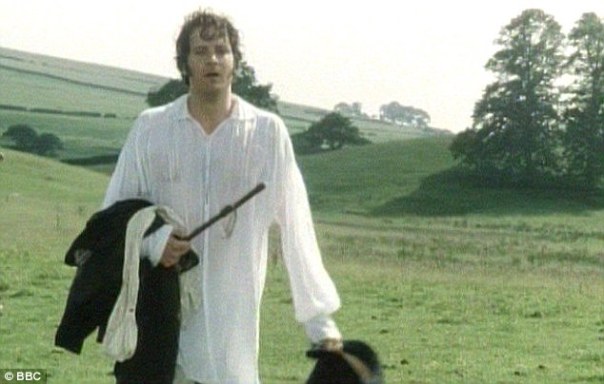