Fiona Pleasance finds out if the Coen Brother’s latest lives up to your expectations. 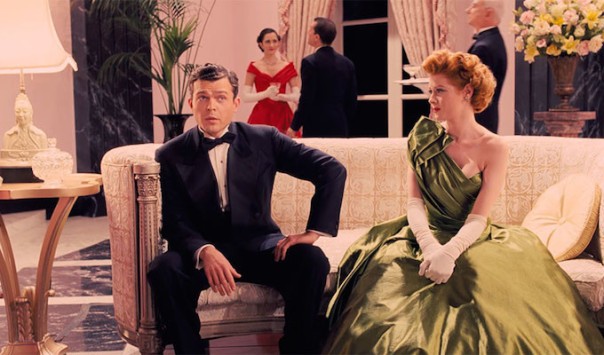 If, like me, two of your favourite films of 2014 were Inside Llewyn Davis and The Grand Budapest Hotel, then, like me, you were really, really looking forward to Hail, Caesar! Your appetite was whetted by two contrasting yet both hilarious trailers. You had self-referential subject matter to look forward to, as well as a cast cherry-picked from all of the people your favourite directors (Wes Anderson, Steven Soderbergh, the Coen Brothers themselves) have worked with. What could possibly go wrong?

Ah, well, hold your horses there, Pardner. A whole lot, as it turns out. American audiences were largely unimpressed by the picture and the box office returns have plunged accordingly. Even though the film has received mostly positive reviews from critics so far, a ominous sense of failure accompanies its arrival in UK cinemas this week.

Eddie Mannix would never have let that happen. Eddie would have pulled together a group of hardcore Coen fans shortly before the production was completed, handed out the screenplay, discussed any reservations, grabbed some quotes for the poster. He would organise a smooth publicity campaign with a little bit of gossip to spice things up. Any dissenters would be dealt with accordingly.

Eddie is the central character in Hail, Caesar! Confusingly, there was a “real” Eddie Mannix, who worked as a fixer for MGM in the 1930s to ’50s, but this Eddie, played by Josh Brolin, is something like a Production Head (though this doesn’t mean he’s above driving out in the middle of the night to bring wayward starlets to heel). But then, this is Capitol-Pictures-with-a-C, the studio that brought renowned Broadway playwright Barton Fink to Hollywood in the 1940s, and which operates in a shady zone where you have heard some, but not all, of the stars’ names before.

And what stars! Baird Whitlock (George Clooney), a matinee idol in the Clark Gable mould, strong on gravitas and charisma, if a bit lacking in in the brains department. DeeAnna Moran (Scarlett Johansson), who shines in swimming-pool musical numbers, Esther Williams style, complete with Berkeley top shots. Burt Gurney (Channing Tatum): crooner, dancer, looks great in a white sailor suit. And new kid Hobie Doyle (Alden Ehrenreich), singing cowboy and all-round sweet guy, as long as you don’t put a tux on him. We first meet all four on set, in big production numbers, gamely playing their parts, the Dream Factory working at its best. Ehrenreich’s performance is so perfectly pitched that he threatens to run off with the entire picture, but actually all the roles are extremely well cast and played, from the blink-and-you-miss them cameos to the many character actors you know you’ve seen somewhere before.

We’re in a world very similar to Llewyn Davis’s, one where real lives are used as starting points but then adapted to the filmmakers’ needs. Instead of the pre-Dylan Greenwich Village music scene we’re in another period the Coens clearly feel great affection for: Hollywood in the early 1950s, when TV was making increasing claims on the audience, and the Studio System began to crumble. In an effort to reassert its dominance, Hollywood went bigger, louder, and more colourful. The sort of movies we see being made in Hail, Caesar! were the result (though rarely, at the time, was the sexual subtext quite so explicit).

This is the Coens in their humorous mode, with no deaths and very little physical violence. But, apart from a couple of sight gags and some in-jokes which depend on a basic knowledge of the context, the comedy is mostly quite subtle, and dry as dust. Combine this with a rather baggy and discursive narrative and it isn’t at all surprising that critical and audience opinions on the film have diverged so drastically. I’m also fairly sure that, like most Coen movies, Hail, Caesar! is one which improves immeasurably on repeat viewing, though I haven’t tested this theory yet myself.

Although Hail, Caesar! may seem superficially fluffy, several traditional Coen themes are in there if you care to look. How do people find worth and purpose in what they do? What compromises might they have to make, and at what cost to themselves and those around them? How do they reconcile their beliefs – be they political or religious – with the realities of their lives?

And while the Coens do love to torture their protagonists, Eddie Mannix actually gets off pretty lightly here, crises of faith and employment notwithstanding. He may be suffering from self-delusion – which Coen lead isn’t? – but he’s not a complete loser. In fact, he’s very good at what he does: providing circuses for the masses while absolving the stars of their sins.

Hail, Caesar! also reminds us that audiences don’t know anything. Matinee idols are dumber than a bag of hammers; virginal stars are secretly promiscuous; that one great line took fifty-three takes to get right. So ignore the box office. If the thought of peeking behind the curtain with Joel and Ethan appeals, then head on out to your local picture palace, and enjoy the ride.

Hail, Caesar! is out on Friday.