Mostly Pop returns because quite honestly it’s too late to stop it now. Mr Moth casts a jaded eye over the newest releases so you don’t have to (kidding, you still have to).

Something of a patchwork this, in that it starts almost exactly like I Really Like You and there are chunks of the chorus that are basically rips of Hotline Bling. Then it gets going and it is soooo slow. Don’t get me wrong, it’s supposed to be. It’s a slow jam (maybe? Do we still do that? I feel like that’s a bit of a late-90s term but maybe it’s still around! And if not, hell, what else would you call this? Slow jams are back, baby! Assuming they went anywhere. This is a long parenthesis. Shall we keep going? Have you forgotten where we started?), so it’s all pulsing beats and cooing vocals. Yeah. I get it. But it feels like a real slog to get through. I feel as if I’m wading through this song, chest high in some kind of Dave Benson-Phillips approved goo. Then, to make things worse, G-Eazy shows up with his particular brand of mediocre rhymes.

As for the video, well look. It’s not that I’m opposed to it being remade with a gender-flipped cast, per se, it’s just that As Long As You Love Me by the Backstreet Boys is an important part of my childhood. ACTUALLY you know apparently there’s another video out there, of which this is merely a toned-down version and people – fans! Britney fans – are clamouring for it to be released. People. People. It will be shit.

Biffy Clyro? Biffy Shit, more like! Yes, Scotland’s most tedious Foo Fighters tribute band are still plugging away. Not to sound too nerdy, but I think this sounds a bit more like a track from Copper Blue by Sugar. Just think about that. Normally they sound like mid-period Foo Fighters. Today they have advanced their sound to that of an obscure early-90s Indie rock group that you would possibly miscategorise as grunge if you were feeling lazy.

Grunge. Biffy Clyro have moved on to grunge. Well, that’s fine. I’m sure many great things await them when they discover Britpop or Shoegazing. Just to keep them in touch with Grohl and chums (incidentally oh my god how boring do you have to be think “Yes, Foo Fighters, that’s a band I’d like to pattern my sound after”?), this video features the band dressing up and even OH THE LARKS cross dressing. Never change, Biffy Clyro. Never change.

This is the Olympics theme, I’m told, and uhhh seriously how does this work? Do they play it every morning at the start of the Olympics and then at the end over the credits? Do you have to sing it after your national anthem, or instead? Have you heard it even once during the Olympics? Genuinely curious on that last question, please do let me know if you have.

This is another that feels like quite hard work, although that’s obviously the intention this time. It’s all about pushing through hardship and, heh, rising above the trouble that has beset you. That seems quite Olympiac! Yes! I think that’s right for it! It’s not the most inspiring tune, or the most memorable, but dammit she released Roar a few years ago now and you can’t just dust down an old tune because it simply happens to fit a bit more perfectly AND also happens to be way more of a banger.

The video. Hmm. Katy spends her time walking around with a flaccid, pinkish object looming just behind her – now, I dunno, that scenario sounds somehow familiar what AM I thinking of? 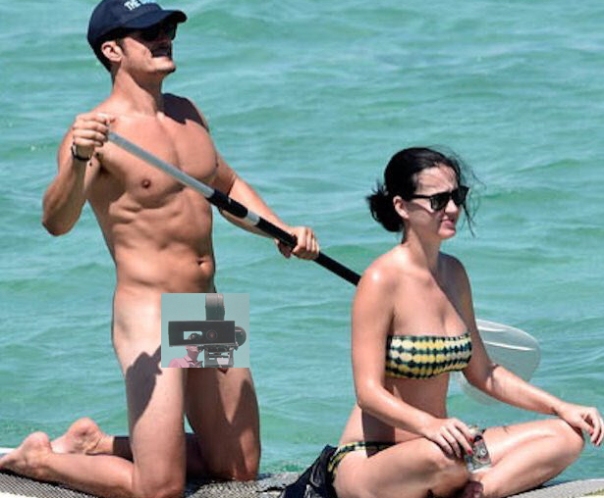 I’m trying not to hate this, I really am. I am, with every fibre of my being, trying to think this is merely a, a slice of summery pop. Yeah. It’s a vaguely uptempo, loose-limbed song about a forbidden love, conducted in looks and anonymous sexts and quick fucks in hotel rooms behind the back of wait sorry what? I want to hear this song from the POV of the boyfriend of his lover, here. Maybe he’s a shit, but more than likely he’s just some poor sap they’re fucking over. There’s no hint of “Are we the baddies?” about this swaggering barrel of rat tails, oiling about in the sun with some very iffily dressed dusky maidens as I think we call them in whatever Instagram-faked 70s fantasy this Dad-dancing fuckboy occupies.

Oh look, I just expanded the info on YouTube. Written and Produced by Calvin Harris.

I like this! Not sure it’s going to be a permanent fixture on my playlists, but it bounces along with a nice urgency; Rick Ross has enough menace in his vocals to work as a voice for the movie’s villainy and Skrillex occasionally remembers to throw in the weird twizzles and fizzles that he is presumably hired to do.

Pop FACT: There is more footage of Jared Leto as The Joker in this video than there was in the film Suicide Squad. I wonder if he was “in character” when filming it? Did he send Skrillex a soiled Fleshlight? Did Rick Ross find a pig carcass in his passenger seat? Was Colin Tilley constantly having to phone his neighbours to apologise for “Marilyn Manson throwing poo at their house”? We’ll never know, of course, because we’re all a bit bored of Jared Leto now, aren’t we? He didn’t even really like that coat, you know. Fucker.

Worst Cliff Richard cover ever. Doesn’t sound a bit like it. Haha! Ridiculous! Why is this even here? Get out of my sight. Oh god, this is the Marvin Gaye man. Fucking hell. Have you not got out of my sight yet? Go faster! And get me more pictures of Spider-Man!