Ron Swanson casts his eye over the jewels of the London Film Festival.

It’s fitting that the 60th London Film Festival, which runs for the next week and a half, marks such a prestigious birthday with one of the best lineups in its history. Here are some of the highlights, and some of the films I’m looking forward to

A Monster Calls – Juan Antonio Bayona’s beautiful, devastating film aims squarely for the heart, and hits it without hesitation. It is undeniably manipulative, but earnestly and skilfully so. It deserves to be seen and experienced by as wide an audience as possible. Felicity Jones and newcomer Lewis MacDougall are exceptional, while Toby Kebbell, in two scenes, delivers one of the year’s best performances.

Arrival – Amy Adams completely steals the show in Denis Villeneuve’s thoughtful, slow-paced sci-fi. This could well be the film that marks her first Oscar win, after five previous nominations, and it would be richly deserved. It’s Villeneuve’s best film by some distance and a beautiful, mesmeric experience.

Toni Erdmann – this German comedy is two and a half hours long, is mostly about dealing with the stresses of modern life and is both incredibly moving and raucously funny. It’s a marvel, basically, and Maren Ade deserves every award going.

Paterson – Jim Jarmusch’s best film, and by a country mile at that, is a sensitive, gentle, shimmering delight. It’s a film about routine, kindness and self-expression and comes without a cynical moment. Just a beautiful, rich and rewarding experience from the first moment until the last. Adam Driver shines.

Sieranevada – Cristi Puiu’s three-hour comic drama, set largely inside one tiny flat stuffed to the rafters with a large, dysfunctional extended family is a thought-provoking, dark and brilliant film, the equal of Puiu’s The Death of Mister Lazarescu.

After the Storm – another year, another flawless, intimate family drama filled with warmth and regret from the oeuvre of the genius filmmaker Hirokazu Kore-eda. That each of these films feels so unmissable, yet so clearly part of the same family is testament to his status as an all-time great. 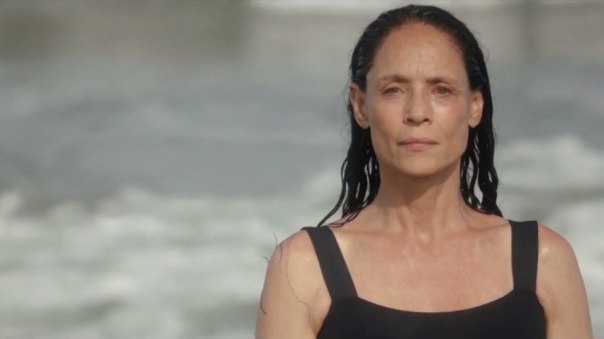 Aquarius – the Best Actress race will be one of the most competitive of the year, but it will be a crying shame if Sonia Braga isn’t part of it. Her performance in Kleber Mendonca Filho’s searing drama is the best of the year.

Personal Shopper – and, while we’re talking about great female lead performances, Kristen Stewart does her customary excellent work in Olivier Assayas’ sly, genre-jumping piece which survives due to the tour-de-force of Stewart’s work at its centre.

The Handmaiden – welcome back, Park Chan-Wook. After a couple of slightly underwhelming films, Park is back to his best with his twisty, sexy, perverse thriller of manipulation and deception. Loosely based on Sarah Waters’ Fingersmith, this is one of the year’s most thoroughly entertaining movies.

Goksung (The Wailing) – Hong Jin-Na’s last film was an insanely violent genre piece (The Yellow Sea), and he has taken a similar approach to his follow-up, a frankly astonishing (mostly) horror movie, about a community in Korea falling under some sort of demonic possession. Playing on a huge screen, this is one not to be missed.

There are also a smattering of awards contenders (alongside Arrival and A Monster Calls), which include the great Kenneth Lonergan’s Manchester by the Sea, which wowed audiences at Sundance and, again, in Toronto.

Meanwhile, Damien Chazelle’s follow-up to the blistering Whiplash, the consensus Best Picture front-runner La La Land will attempt to build on the deafening buzz from Venice (where Emma Stone won Best Actress) and Toronto (where the film won the prestigious Audience Award). I can’t wait to see both.