Ahead of this weekend’s Oscars, Laura Morgan laments a lack of recognition for Hugh Grant and celebrates some of his fellow secret stars of other people’s films. 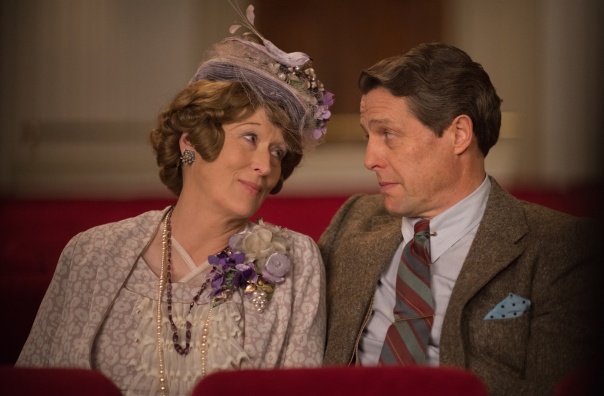 Obviously it’s the law that if Meryl Streep makes a film, she gets an Oscar nomination for it. None of us disputes that: it’s as it should be (I believe it is known as the Daniel Day Lewis rule). And if you’ve seen Florence Foster Jenkins, the film for which she is in contention (and absolutely won’t win) this Sunday evening, you will know that it is a fine performance; a touching and well-balanced portrait of a character who could easily have been made to be a tragic or a comic heroine, but who here is neither, but a believable and loveable person.

The story, though, isn’t really Florence’s. The film is named after her, and without her there wouldn’t be a story at all, but the character whose life changes over the course of the film, who – I’m so sorry about this – goes on a journey, is Hugh Grant’s St Clair Bayfield, whom I was going to describe as Florence’s husband but who, I now discover, wasn’t. No matter: he is her love, and she his, and when her frailties, both mental and physical, threaten to derail her, St Clair is there as her protector and partner, ready to defend her from everything the world can throw at her (which, as it turns out, is quite a lot).

But St Clair is younger than Florence, and he isn’t frail, and although they love one another, they don’t  – for reasons which become apparent – have a physical relationship, and so it’s not all that surprising that he also has at least one younger, unofficial girlfriend on the go. The film handles all of this with elegance, not making a scandal or a statement of it but also not blindly forgiving him for what is still an act of infidelity. But while Florence – though not quite blissfully ignorant – has other concerns occupying her, St Clair’s struggle to balance the various parts of his life is what powers the emotional core of the story, and in his final act of chivalry – which is also its opposite – we see him rediscover his integrity and his humanity, and we feel accordingly and correctly heartwarmed. It is the pivotal moment of the film, and it only tangentially has anything to do with Florence Foster Jenkins.

I have always been interested in and delighted by films which are really about someone other than who they seem to be about. My siblings and I used to play a game called “In… what… way…”, which was really just “guess the movie quote”, but we named it after an unmemorable line from Ferris Bueller’s Day Off because it was our favourite film (it still is), and we could quote nearly all of it at each other (we still can). If you’ve seen Ferris Bueller’s Day Off I know you remember the snoring dummy, the parade scene, Ed Rooney (“NINE times?”) being savaged by a dog and Charlie Sheen making Jennifer Grey giggle and blush. But nothing of significance actually happens to anyone until Ferris’s best friend Cameron is forced to confront the reality of his difficult relationship with his father, at which point he enters a fugue state from which he emerges as someone whose life has, definitively and permanently, changed.

Up For A Ruck

Ferris is the catalyst, but this is Cameron’s film and it’s Cameron who, by kicking his dad’s car so hard that it falls out of the window, sets in motion his own transformation. Ferris will go home and carry on being Ferris; his sister Jeannie will carry on being pissed off with him; Sloane probably won’t marry Ferris, even though she said she would, but they’ll both enjoy thinking about it; Ed Rooney is never going to have anything other than a terrible time. But what does the next day, or even the next hour, hold for Cameron, the only character for whom the day’s events will have consequences? As the film ends, his story is just beginning.

I used to think I was secretly brilliant for believing that Mary Poppins was really all about Mr Banks, until they made a whole film about it and I realised everybody else thought that too. Saving Mr Banks makes the case that for Pamela Travers, the author of the Mary Poppins books, the story of George Banks was a very personal one because she identified him so closely with her own father. All of which is quite probably an invention for the sake of the latter film, but that notwithstanding, it is Mr Banks, and not his cheerful and capable children, who benefits the most from the arrival in their home of the fierce whirlwind of contradictions that is Mary Poppins. Hidden underneath the cartoon animals, the songs, Dick Van Dyke’s singing and dancing and talking and the glorious technicolor evocation of an entirely made-up version of London, is the story of a father who learns that he needn’t be so strict with his children, that there are better things to do with money than save it, that sometimes joy is its own reward. Cameron goes to the zoo, George goes to the park to fly a kite, and for each of them life has changed, (probably) for the better.

I’ve been trying to think of other examples of the genre, but it’s harder than I thought. There are related but different phenomena, like films named after a character who isn’t the protagonist (Laura, Harvey), or films named after someone who is barely a character at all (The Big Lebowski, Forgetting Sarah Marshall) but films which are ostensibly about one person while actually being about another are, I think, rarer. I’ve been advised that Rain Man and Shane both qualify, but I haven’t seen either so I have added them to my metaphorical “to watch” pile (isn’t it awful that I’ve never seen Rain Man? You should probably never listen to me talk about films again).

If I think of any others, I’ll let you know. In the meantime save some of your Oscars night appreciation for Hugh Grant, who wasn’t nominated but should have been (and wouldn’t have won), because being the most interesting person in a film named after and superficially about someone else is a noble and selfless act, especially when they get all the glory.

MostlyFilm will be back here on Sunday evening for live Oscars coverage.