Part of an occasional series in which Spank The Monkey travels to foreign countries, watches films in unfamiliar languages, and then complains about not understanding them. This episode: Hong Kong and Japan, May 2017. Additional photography by The Belated Birthday Girl. 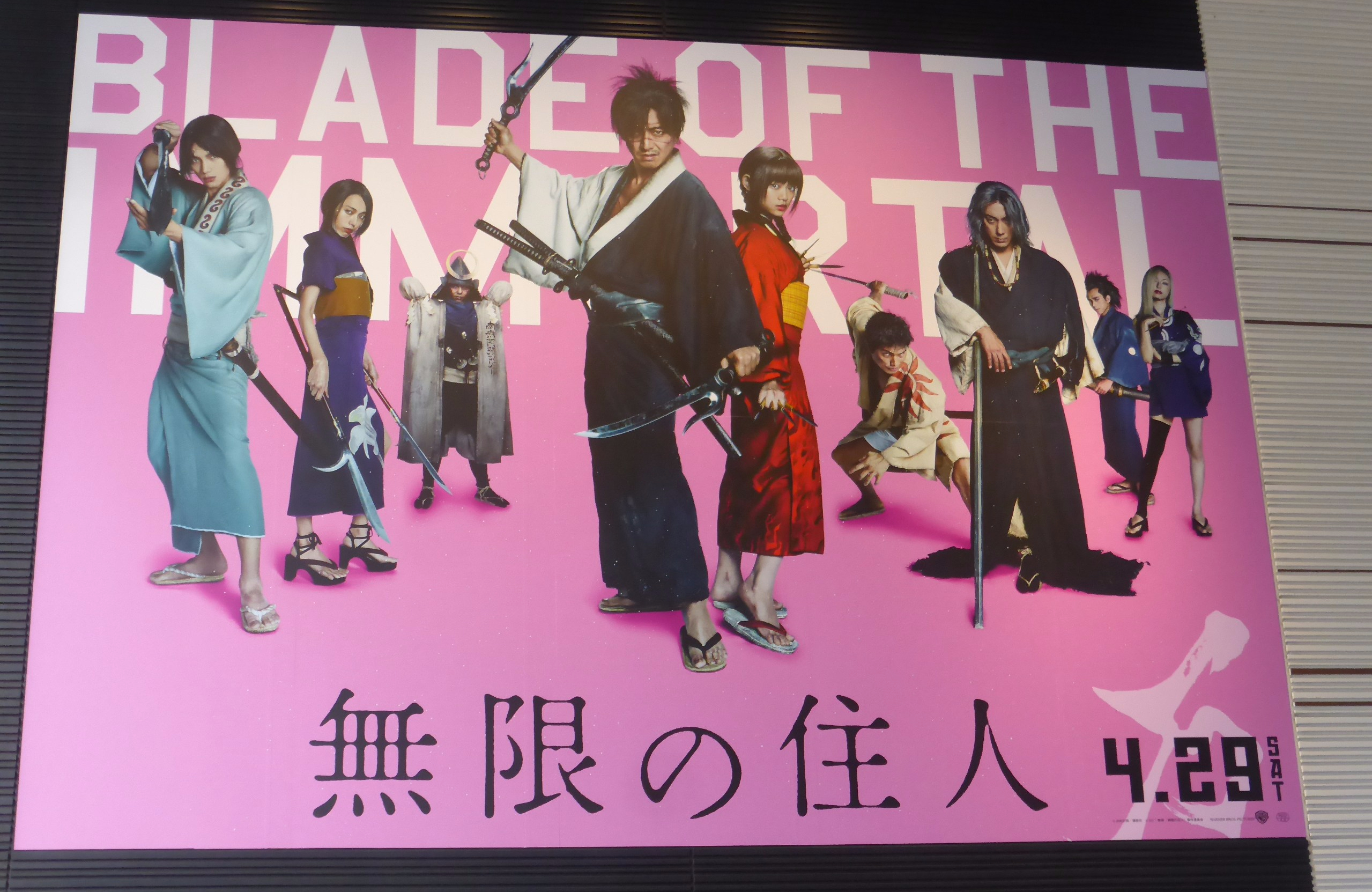 On the one hand, it’s a pleasure to report that cinema in Asia continues to flourish. Local movies are more than holding their own at the box office against the likes of, for example, the film that the Japanese have snarkily decided to call Guardians Of The Galaxy Remix. On the other hand it’s a pain in the bum because one of the Japanese films I was planning to review here was sold out by the time I made it to the theatre. (For the record, it was this one.) I generally aim to write about at least two unsubtitled movies in these features, and this time I’ve only got one. So I’m going to cheat a little.

The week before my visit to Japan I was in Hong Kong. With the 20th anniversary of the handover to the Chinese fast approaching, virtually all traces of England’s former colonisation have been obliterated except for one; they still subtitle their local films in English. So the box office attendant’s apologetic cries of “Cantonese movie! Cantonese movie!” meant nothing to me: I knew I’d be able to understand what was going on. Unfortunately, as the only seats available for a movie full of car crashes and explosions were in the middle of the front row, so I wasn’t able to understand very much else for several hours afterwards.

Hong Kong cinema was always renowned for its killer touch with high concepts, and Shock Wave starts with a doozy: a police bomb disposal operative is working undercover as a criminal gang’s explosives expert. (Our hero is played by Andy Lau, who’s shown he can play ‘undercover and conflicted’ to perfection in films like Infernal Affairs.) Within a surprisingly short space of time, Lau has put the whole gang behind bars except for its boss, played by Jiang Wu. Jiang lays low for a while, restyles himself as a malevolent Nick Frost, calls himself Blast, and comes back to wreak revenge. Loud, explodey revenge, with the most aggressive use of a cinema’s subwoofer that my testicles have experienced in decades.

One of the things I’ve always loved about Hong Kong action cinema is its reluctance to stay within boundaries. Any boundaries: genre, realism, good taste, you name it. And Herman Yau’s film is a throwback to the days when a simple feud between two men could escalate into city-wide collateral damage without anyone having a problem with it. Blast’s attacks start out small, with bombs targeting individual members of the police. But in no time, this has ramped up to him putting a couple of lorry loads of explosives inside the main tunnel under Hong Kong harbour. And, amazingly, this is not the most fiendish part of his plan.

There’s no denying that Shock Wave has flaws. Some of the plotting is clumsy, notably the abrupt disappearance of an entire narrative thread about a busful of hostages. The charismatic Lau rarely gets a chance to shine here, spending large parts of the film inside a bombproof suit that makes him look like the world’s most boring Teletubby. (Jiang seems to be having much more fun as the villain.) But minute by minute, writer/director Herman Yau delivers conscience-free thrills and spills that more than make up for the narrative shortcomings. And there’s a delightfully old-fashioned feel to the climax: after 90 minutes of robot probes, fuse-freezing chemicals, and other high-tech bomb disposal solutions, it all hinges on Lau having to decide between cutting a red wire or cutting a yellow wire. Because of course it bloody does.

So let’s stop cheating and move onto properly unsubtitled cinema. Here’s a statistic for you: Takashi Miike is such a prolific director that on the eight random occasions I’ve visited Japan this century, he’s had a film in cinemas during five of them. If you wanted to pinpoint exactly when Monoglot Movie Club was born, you could trace it back to May 2002, when I saw The Happiness Of The Katakuris in a Tokyo arthouse without any subs. People think of Miike as a cult filmmaker, but nowadays in Japan he’s nothing of the sort. His latest, Blade Of The Immortal, was a prime commercial release for the Golden Week holiday.

Blade marks the third film in a loose samurai trilogy for Miike, after the wildly successful 13 Assassins and the ill-advised 3D remake of Hara-Kiri. (Interestingly, all three films were backed by British producer Jeremy Thomas, who’s obviously a fan of this sort of thing.) When the parents of Rin Asano (Hana Sugisaki) are brutally murdered by a gang of thugs, she tracks down swordsman Manji (Takuya Kimura) to act as her bodyguard cum agent of vengeance. However, Manji’s unsure if he wants the job: the circumstances are very similar to those of his previous assignment. And that one ended… badly.

Miike, when he’s on form, can craft opening sequences like nobody else, and the start of Blade Of The Immortal is one that people will be talking about for years – our hero hacks a couple of hundred guys to death before the title card appears on screen. This isn’t a battle without collateral damage, however: the girl he was trying to protect is killed, and he’s left sprawled on the field missing an arm. Along comes a witch, like they do, who gives him his arm back and the power of immortality. It’s not an easy form of immortality – it appears to hurt like buggery – but it gives him an edge as he tries to look after his young charge better this time round.

If you didn’t already know this was based on a manga, the character design would clear up that misconception in no time. Boys with blue hair, girls with ridiculously impractical clothing: it’s obvious that a large part of Miike’s job here is to make sure the film looks just like the comic. It also explains why the story has a very episodic structure – the boss of the gang (played by Sota Fukushi, a totally featureless actor who looks like a CGI effect) sends each of its members over one at a time to attack Manji, each with a different gimmick, each one doomed to fail. Which emphasises the main problem: having an indestructible character as your lead takes a lot of the suspense away.

Miike, to his credit, gets around this by playing it as understated black comedy: we don’t get the gargantuan blood spurts of Lone Wolf and Cub, but there are plenty of multiple limb removals (including one which feels like a blatant reference to Monty Python And The Holy Grail‘s Black Knight), and a plot that somehow manages to steadily build on that almost ridiculous opening. As ever with late period Miike, the film’s too long at 140 minutes, but the extended climax is as stupendously thrilling as that of 13 Assassins. It’s certainly not Hara-Kiri Remix, and that can only be a good thing. Someone who’s counting has suggested that this is his 100th feature film: here’s to the next 100.