The 61st BFI London Film Festival was awash with fabulous performances by female lead actors, including those that anchored both the Opening and Closing night galas. In our festival wrap-up, Ron Swanson talks us through them.

We wrote about how great Claire Foy is in Breathe, which opened the festival, in our LFF preview, and her excellent performance is matched by Frances McDormand in Martin McDonagh’s Three Billboards Outside Ebbing Missouri.

It’s hard to believe that this is McDormand’s first major movie lead role since she won an Oscar for Fargo twenty years ago, and she attacks it with relish. McDonagh has consistently managed to get excellent performances from his casts, and he’s working in a familiarly profane register here. McDormand plays the mother of an (horrifically) murdered teenage girl, whose anger at her small town’s police department’s seeming inactivity in the case leads her to rent three billboards on the way into town to ask some pointed questions of those in charge of the case.

McDonagh has surrounded McDormand with an outstanding supporting cast, including Woody Harrelson and Sam Rockwell as two of the cops who have failed to find the killer. Rockwell in particular is superb. It’s through the interplay between the The film takes some surprising turns, and is by far McDonagh’s most accomplished work so far. For those of you that care about such things, in what will be a highly competitive field for Best Actress at the Oscars, McDormand is probably just about the favourite.

The Surprise Film at this year’s festival was, for once, a film that seemed universally popular – Greta Gerwig’s brilliant directorial debut Lady Bird, which is a story of a young woman in the final year of high-school in Sacramento in the early 2000s. The brilliant Saoirse Ronan (who is also excellent in the slightly underwhelming On Chesil Beach) plays the eponymous heroine, whose precociousness and wit puts her at odds with her mother, played with gusto by Laurie Metcalf.

It is that relationship, between mother and daughter, so beautifully portrayed by two great actors that Gerwig described as the heart of the film. That rings true, throughout – it’s the source of the majority of the tension in Lady Bird’s life, even when considered against the romantic drama and choppy friendships that you might see in other films of this type, which are also present here. There have been several outstanding films about female adolescence in recent years, such as Diary of a Teenage Girl and Edge of Seventeen. There are a couple of others from this year’s festival, which I’ll come to shortly; even given such strict competition Lady Bird might just be the best of them.

Princess Cyd is the story of a 16 year old girl who wants a break from her depressed dad for the summer, so moves to Chicago to spend the holiday with her novelist aunt. Cyd is a great character, brought to life with great skill by Jessie Pinnick, who imbues the character with great charisma and likeability. She’s matched every step of the way by Rebecca Spence as her aunt, whose life is shaken up by the arrival of a fully-formed teenager. The two have great chemistry, and it’s a beautiful film about the positive influence new people can have on your life (Cyd and her aunt had barely stayed in touch) and the importance of art, sex, food and friendship. There’s a deep soulfulness to the film, which is beautifully written and directed by Stephen Cone. 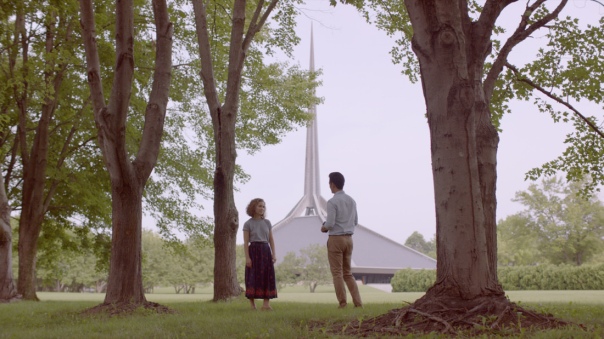 If anything, I enjoyed Columbus, the writing/directorial debut of Kogonada, even more than Princess Cyd. It’s another film about a precocious young woman, Casey, who has a deep-seated love of and appreciation for architecture. When she meets Jin (John Cho) a Korean-American who is in her hometown of Columbus to visit his comatose dad (a visiting architecture professor), she shares with him her love of the buildings in the town. The two develop a friendship, borne out of finding some kind of peace in each other. While Casey could have left Columbus for an amazing opportunity, she found herself bound to the town by her relationship with her mother, Jin’s estrangement from his father makes it difficult for him to be present with him, even in his comatose state.

The film is incredibly warm, and filled with some beautiful photography. Cho is superb, and there is terrific support from Parker Posey as his friend, and his father’s assistant/companion. Rory Culkin also shines as Casey’s intellectual, graduate friend who works in the library she hangs out in. As good as those three performances are, they are merely orbiting the film’s star – Haley Lu Richardson, who was so good in last year’s Edge of Seventeen as Hailee Steinfeld’s best friend. Here, Richardson is amazing. In her hands, Casey is wise and brittle, scared and seemingly self-assured. It’s a rich, complete, emotionally resonant performance; arguably the best of the entire festival. She is destined for great things. 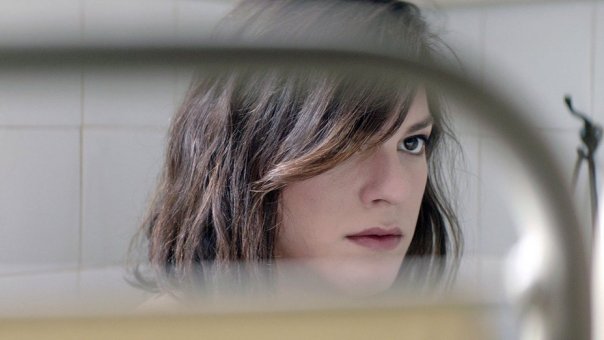 Daniela Vega gives one of the starriest performances of the year in Sebastian Leilo’s A Fantastic Woman. Vega plays a trans woman, whose older boyfriend dies suddenly. In the aftermath of his death, she is treated inhumanely by his family and the authorities. The film’s portrayal of the emotional and physical violence that she is subjected to is occasionally unbearable to watch, but Vega’s performance is transcendent. Leilo’s mixture of the horrifying with some beautiful dream sequences works wonderfully, and it’s one of the richest, most complex films of the festival, and a worthy follow-up to Leilo’s wonderful previous film, Gloria.

There are a pair of brilliant performances by Jodie Whitaker and Tatiana Maslany in, respectively, Journeyman and Stronger. Both actors play women whose partners suffer catastrophic injury. In Journeyman¸ Whitaker plays the wife of a successful boxer, whose life is thrown into turmoil when he suffers a brain injury which affects his memory and behaviour severely. Paddy Considine (who also directs) plays her husband, and is excellent, but Whitaker is the star of the show.

Maslany stars alongside Jake Gyllenhaal, who plays Jeff Bauman, a victim of the Boston Marathon bombing in 2013. Bauman lost both of his legs in the blast, and the film tells the story of his recovery, aided and supported by his partner. Gyllenhaal is, of course, great, but Maslany gives one of the performances of the year.

Sally Hawkins, somehow, remains an incredibly underrated actress. That may change after The Shape of Water, Guillermo Del Toro’s best English-language film, is released, and she receives the deserved plaudits for an outstanding lead performance. The film rewards viewers who go in with few expectations, but it comes highly recommended.

Also recommended is Xavier Legrand’s Custody, which again, I would recommend knowing as little about as possible, as it is a genuinely surprising and powerful film. Custody won the Best Director award at Venice, and was a late, but very worthy addition to the LFF lineup.

Another of the festival’s strongest films was Dee Rees’ Mudbound, a story set in rural Mississippi in the 1940s. Jason Clarke and Carey Mulligan play a married couple who take over a farm (over her objections) with his virulently racist father (Jonathan Banks) in tow. The farm struggles, and the owners take varying advantages of a black share-cropping family that also work the farm. As the patriarch, Hap Jackson, Rob Morgan gives an amazing performance – giving real depth and heart to the film. He’s well supported by Mary J Blige as his wife and Jason Mitchell as his eldest son.

The portrayal of the American south in that period is a rare one – most mainstream American films about the south and race have focused on slavery or the Civil Rights eras, so Rees’ film is able to shine a light on a period that won’t be as well known to British audiences in particular. The film moves, seemingly inexorably, to a tragic ending, one that is truly upsetting.

Talking of upsetting… Andriy Zvyagintsev’s Loveless, his outstanding follow-up to the peerless Leviathan won the award for Best Film. It’s an amazing film, and Zvyagintsev is an astounding talent, and hopefully the cachet of winning this award will help the film reach a broader audience.

The winner of the Sutherland Award for Best First Feature was John Trengove’s The Wound; an engrossing and captivating romantic drama set in South Africa. Nakhane Toure plays Xolani, who is asked to supervise a manhood initiation ritual within his community. It’s a hugely impressive debut feature, and one with lots of hidden surprises and depth.

The winner of the Best Documentary Award was Lucy Cohen’s Kingdom of Us. The film is a fairly harrowing watch about a family coming to terms with the suicide and mental illness of their father/husband. He left behind seven children, many of whom are on the autistic spectrum, and battling mental health problems of their own as they try and deal with the grief. Cohen was granted extraordinary access to the family, and it’s clear that they all trust her completely. The result is a fascinating, but upsetting documentary.

I, however, would have loved to have seen that award be given to the great Frederick Wiseman for Ex Libris: The New York Public Library. While his new film doesn’t reach the transcendent levels of his previous effort In Jackson Heights, it’s still a relentlessly fascinating look at the different facets and functions of one of the most famous libraries in the world. Wiseman’s skill at finding interest in the every day is unabated, and is probably American cinema’s trump card right now. Whatever platform this shows up on, watch it.