Emma Street is an occasional watcher of films, reader of books and doer of things. View all posts by Emma Street →

Emma Street examines the monster science, not folklore, created and ponders how the literary legend stands up, cinematically speaking.

END_OF_DOCUMENT_TOKEN_TO_BE_REPLACED

Want to travel back in time to 1914? Well, hurry up and invent time travel, then. Want to watch a bunch of films first shown in 1914? The BFI has just the thing, and Emma Street has done you a preview.

END_OF_DOCUMENT_TOKEN_TO_BE_REPLACED

This biographical drama about Walt Disney and P L Travers, directed by John Lee Hancock, is out on general release today. Emma Street detects more than a spoonful of sugar-coating. 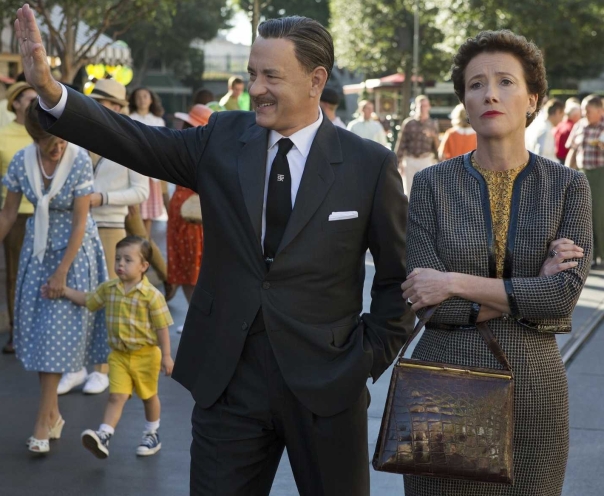 END_OF_DOCUMENT_TOKEN_TO_BE_REPLACED

It’s the second instalment of the Hunger Games franchise and everyone from the first film is back. Everyone who wasn’t brutally murdered, that is. Emma Street enjoys the scenery and wonders where it’s all going to end.

END_OF_DOCUMENT_TOKEN_TO_BE_REPLACED

EMMA STREET relives the heady days of 1997 with Naomi Watts.  We didn’t get an interview, but she walked out of this review as well.

I am going to assume that all the events depicted in Oliver Hirschbiegal’s Diana are shown exactly as they occurred in real life. That’s how biopics usually work, right? Particularly Royal ones. How else would Peter Morgan have got Her Majesty’s words so spot on in The Queen that they matched Tony Blair’s account of it years later?

END_OF_DOCUMENT_TOKEN_TO_BE_REPLACED

The poster for Ain’t Them Bodies Saints has a quote on it saying “A Grand, Doomed Love Story” in massive letters. This would be a heck of a spoiler if it wasn’t clear from the start that things were never going to work out well for our two heroes.

Bob Muldoon and Ruth Guthrie (Casey Affleck and Rooney Mara) are two lawbreakers, crazy in love with one another. The film starts with a shoot-out, there’s a prison breakout, some bounty hunters and a pretty high body count. It’s nothing like as action-packed as that makes it sound, though. Director David Lowery seems more interested in what happens in the spaces between the action. People have mumbly conversations, stare out of windows and Ruth plays with her daughter’s hair a lot. END_OF_DOCUMENT_TOKEN_TO_BE_REPLACED

Ben Wheatley’s A Field in England was released last Friday across all platforms with the possible exception of kinetoscope. Viewers were offered the option of watching the film at the cinema, on DVD, via digital download or by tuning in to Film4 at 10:45 where the whole thing broadcast without ad breaks.

I dipped my toe in the multiple release formats experience by watching it first on television on Friday night and then seeing it on the big screen on Sunday at the ICA. This showing was followed by a question and answer session with director Ben Wheatley and actor Reece Sheersmith, who stars in the film and is better known as one of the League of Gentlemen. In this session Wheatley discussed how he chose to shoot the film chronologically in order to allow the actors the opportunity to grow with their characters. He also shared his thoughts on the cinematic advantages of shooting in black and white – how it prevents viewers becoming distracted by attractive scenery or costumes and focuses attention on character’s faces. Black and white footage, he says, also highlights dirt and grime.

In which case, he certainly achieved the look he was going for. The images that remain with you after watching A Field In England are the moods, reactions and suffering written on the protagonists’ faces  and the grubby muddiness of their surroundings. END_OF_DOCUMENT_TOKEN_TO_BE_REPLACED 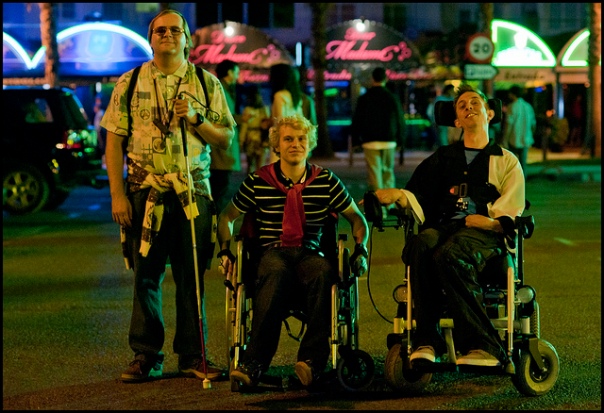 Imagine a remake of The Inbetweeners Movie. In Dutch! Where the guys have never been on holiday without their parents before and decide to visit a brothel in Spain! Only – get this – Will is blind. And Simon has terminal cancer and is confined to a wheelchair. And Neil (or possibly Jay) is paralysed from the neck down. And they’re being driven around in van by Nessa from Gavin and Stacey. Who’s Belgian!

This almost certainly wasn’t the original pitch for Geoffrey Enthoven’s Come As You Are, which is released in the UK today. I did keep finding myself making comparisons between the characters in the two films while I was watching it though. It’s particularly true of Philip, the Jay/Neil character. He is gawky and belligerent and doesn’t let his quadriplegia get in the way of occasionally acting like a total wanker.