It’s ten a.m. on a cold, wet Sunday, and indie film director Miranda July has stepped onto the stage of Sydney’s State Theatre to talk to us about her film The Future. But first, she gushes … I can’t believe, she says, so many people have come out in the cold and the rain on a Sunday morning! Thank you so much!

And I think, Miranda, have you met these people?

There are really two festivals. In the evenings, Jack Black may be mugging his way down a red carpet premiering Kung Fu Panda 2, or Cate Blanchett in an Armani suit launching Hanna to a constellation of flashbulbs. At this festival, which starts as the sun sets, Bright Young Things talk knowingly about Murakami and Malick, relentlessly perky publicists herd gloomy Russian directors in and out of limousines, and serious academics chat about how the New Egyptian Cinema goes hand in hand with the Facebook Revolution.

But by day, a hardier, less glamorous breed of filmgoer is keeping the festival alive with their subscription tickets. Every April the call goes out, and every April we sign up, not just for a few films here and there, but for the duration. We see the films afforded to us, nine days of movie-going, from ten a.m. to five p.m.  every day, thirty or forty films in all. We get the same seat we had last year, and we know our neighbours.

Of course we’re here at ten a.m. on a bank holiday in the pouring rain, Miranda. It’s our job.

END_OF_DOCUMENT_TOKEN_TO_BE_REPLACED 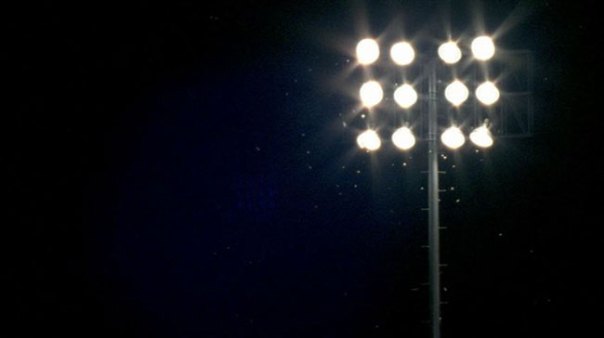 There’s a passage in “Zen and the art of Motorcycle Maintenance” where a student is suffering from writer’s block. They have to write a five-hundred-word essay about the USA and they can’t get started. The teacher advises them to narrow it down to their home town. Still they can’t get going. How about the main street of their home town? Still blocked. Finally the teacher tells them, pick just one building on main street and start writing about it; start with the top left corner and go from there — start with the top left brick if you have to. The student comes back in a daze having written five thousand words.

“Friday Night Lights” began as a book in 1990, and the writer’s scope was narrow enough — to follow one Texas high-school football team for one season. The book led to a 2004 film of the same name, and the film led to a TV series which ran for five years.

If you like compelling TV drama, and if it’s not already too late because you stopped reading when you saw the word “football”, or maybe “Texas”, the best thing I can do for you is to tell you what the show is not about, then just step out of your way and let you plunge into it.

END_OF_DOCUMENT_TOKEN_TO_BE_REPLACED

It’s simultaneously too horrible to say aloud, and too obvious to ignore. Osama Bin Laden based the 9/11 attacks on the films of Michael Bay.

Perhaps that’s not fair. He based 9/11 on the films of Michael Bay, and the films of Roland Emmerich and Mimi Leder. And possibly Tim Burton too.

Disaster movies were a staple of 70s popular culture, but they seem rather innocent today. Yes, there were burning buildings, crashing planes, cities in ruins. But their disasters were accidents or natural events, with no villain more sinister than a cost-cutting corporation or complacent authorities who won’t listen to the warnings of our hero. Audiences tired of the disaster movie after a while and the genre lived on only in parody.

And then, in the mid-1990s, the disaster movie had a resurgence, as the kids who’d grown up on Towering Inferno and Earthquake graduated from film school. END_OF_DOCUMENT_TOKEN_TO_BE_REPLACED