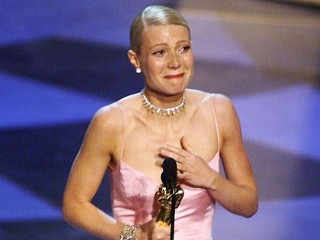 Hello. We sometimes mention that MostlyFilm is built on a forum, and every so often that forum’s bones poke above the smooth, silky skin of the blog. Since the year 2000, we’ve voted for our favourite films released January-December in the UK, and this year we thought we would share the results with you. Why are we doing this in February? Because we give people a sensible amount of time to catch up on possible contenders and vote with consideration. So up yours, everyone who published their best of results in January.

After the jump are the results, some comments from the forum and, eh why not, the results from previous years. All of this data is compiled and collated by one dedicated forum user, nac1. We applaud his effort.

END_OF_DOCUMENT_TOKEN_TO_BE_REPLACED 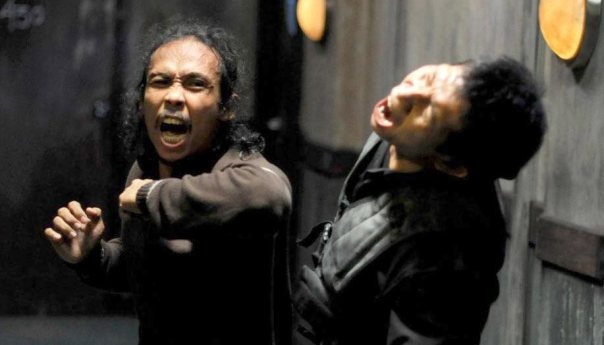 2012 in film has been the sort of year, for me, where the best films have not been the most memorable. Three films stand out in terms of memorability; TED – a one joke movie about a teddy bear that can talk and also smoke, take drugs, drink and is consistently horny, made by the makers of Family Guy and memorable mostly for two great cameos. Killer Joe – a film with so many flaws that you can list them as you watch it, but the central performances are so great that you don’t care. If Matthew McConaughey doesn’t get an Oscar nod for this then quite frankly he’s been robbed. To my mind Killer Joe is the most chilling on screen character since Mitchum’s Harry Powell and that is a comparison I do not make lightly. Finally, and the subject of my ‘best of 2012’ is The Raid.

END_OF_DOCUMENT_TOKEN_TO_BE_REPLACED 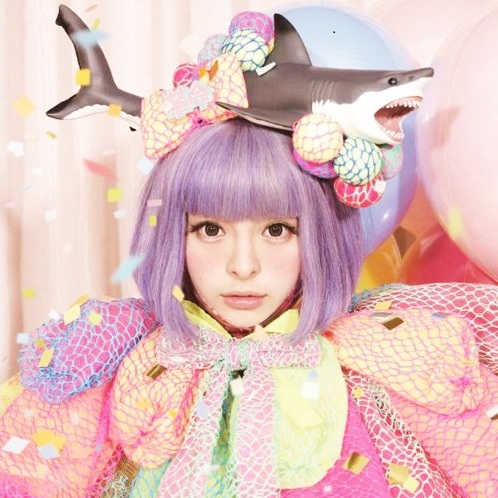 by Spank The Monkey

Even an old fart like myself can appreciate the sterling work that Mr Moth has been doing for Europe’s Best Website with his Mostly Pop pieces. He’s got a genuine appreciation for the genre, and it comes across even when he’s slagging it off. But pop is like heroin: after a while, you come to realise that the regular stuff simply doesn’t do it for you any more. One day, Moth will look at his Girls Aloud records, sigh, and realise that he needs something stronger. He needs to go to Japan, basically.

J-Pop is the crack cocaine of popular music. Any impurities and unnecessary material have been refined out of it by years of scientific research involving men in lab coats. You know that old joke about why they don’t make planes out of the same material they use to make the black box recorder? J-Pop is the answer to the equivalent question about why they don’t make pop music entirely out of hooklines. It breaks down your natural resistance: once you’ve been exposed to it, nothing of standard strength has any effect on you ever again.

I’m a 49-year-old man, and my favourite record of 2012 is a J-Pop album by a 19-year-old girl called Kyary Pamyu Pamyu. STOP JUDGING ME.
END_OF_DOCUMENT_TOKEN_TO_BE_REPLACED 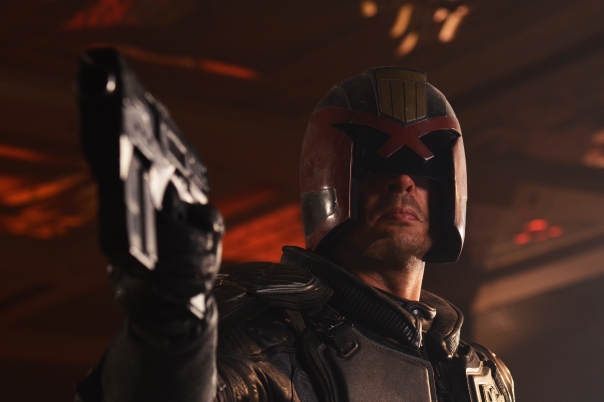 In 1995, the first movie outing for taciturn dystopian-future law enforcer Judge Joseph Dredd – a Sylvester Stallone vehicle directed by Danny Cannon – was released to scathing reviews. Although comic book adaptations were, even then, big box office (Joel Schumacher’s  grating, garish Batman Forever, released in the same year, was as big a hit as the two Tim Burton movies that preceded it), the sales pitch for Cannon’s film was all about Sylvester Stallone, still at that time one of the most bankable international movie stars. To the chagrin of the hardcore fans, the 1995 version of putting the money on screen meant putting all of Stallone’s face on the screen, even though Dredd’s face had in the pages of 2000 AD, jutting chin apart, been kept from view beneath his helmet since his first appearance in 1977. In the name of commerciality, the film traduced the source material in numerous other ways, big and small – from giving Dredd a love interest to, unforgivably, retaining the services of Rob Schneider as a comedy sidekick. Despite all the cynical pandering, Judge Dredd bombed. Fast forward to 2012, a world where comic book movies are the mainstream, with the latest incarnation of Batman not only hoovering up ridiculous amounts of cash, but demanding to be taken seriously. The makers of Dredd looked like they were doing everything right – the helmet would stay on, hiding star Karl Urban’s face throughout; Dredd’s creator John Wagner would be part of a creative  dream team including Danny Boyle’s go-to screenwriter Alex Garland; the violence wouldn’t be watered down to garner a kid-friendly rating; Rob Schneider (or his 2012 equivalent, Rob Schneider) would remain uncontacted. Despite all this, Dredd bombed.

END_OF_DOCUMENT_TOKEN_TO_BE_REPLACED 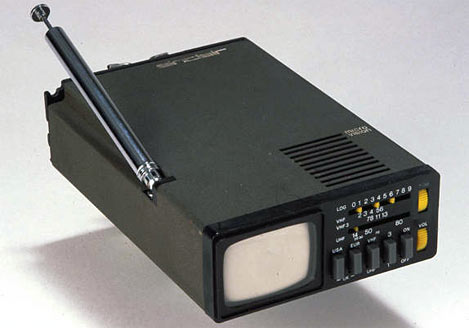 After the jump, a hand-picked bouquet of MostlyFilm contributors reflect on their telly, home video and gaming highlights of the year.

END_OF_DOCUMENT_TOKEN_TO_BE_REPLACED

Looking back over the plays I’ve seen this year, English Touring Theatre’s tour of Shakespeare’s Globe’s Anne Boleyn has been my stand out favourite. It’s just the kind of play I like – funny, well acted, tightly scripted, with moments of sadness and surprise, all woven around an historical story which by the end makes me feel  like I might have learnt something – in this case a tiny bit of the events and philosophising that led England to become a Protestant country instead of a Catholic one. The writer, Howard Brenton, wears his historical research lightly, I’m sure it all must have been more complicated than is presented here on stage, but he gives a good flavour of the issues, illustrated nicely with details – the battle between the Jesuits and Puritans over altar rails is particularly good. The cast, containing some changes from those who performed the play at the Globe itself back in 2011, were superb. Due to my job, I was fortunate to see the play at many venues on its tour, like some kind of Tudor /Stuart groupie, and it was exciting to see them develop their performances more at each venue and respond to the different audience reactions in each place (2012’s best audience award by the way goes to the audience at Hall for Cornwall in Truro – they were amazing.)

END_OF_DOCUMENT_TOKEN_TO_BE_REPLACED

The end of June. The halfway point of the year. A weak excuse for a few MostlyFilm writers to share their lists of the best films of the year so far, because they are list-making nerds.

Comments of the “I heartily concur!” variety, and the “really?” variety are cordially invited.

END_OF_DOCUMENT_TOKEN_TO_BE_REPLACED 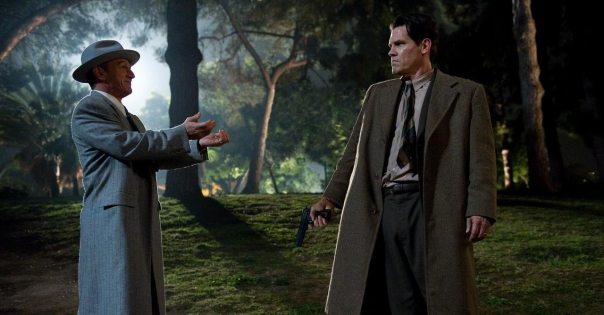 Over the last couple of days we’ve looked at some of the biggest blockbusters, and potential art-house hits that will go a long way towards defining 2012 as a cinematic year, but it would be silly to underestimate the importance of those films that sit somewhere between those two camps – be they high-profile films made by talented, respected and acclaimed directors, or vanity projects for big stars…

Most of these films will be released in the latter half of 2012, but one movie that will receive plenty of attention on its release in May is the Dictator. The latest project of Sacha Baron Cohen, the Dictator looks set to change his established formula somewhat, mixing in other high-profile actors like John C. Reilly and Curb Your Enthusiasm veteran J.B. Smoove for more of a scripted feel. Regardless of the film’s quality, expect the Dictator to generate plenty of interest.

END_OF_DOCUMENT_TOKEN_TO_BE_REPLACED

Any preview of 2012, (or at least one that wants to rouse the collective interest of ‘the Internet’, should probably start with Christopher Nolan’s the Dark Knight Rises. The UK’s cinematic summer slate will be more crowded than ever, with studios running away from two sporting events – the European Football Championships and London 2012. We’ll see a lot of movies congested into a squeezed window of opportunity.

The Dark Knight Rises, released on 20 July, is the only major release to have committed to going head-to-head with the Olympics, and given the franchise’s strength, you can understand the confidence (the Dark Knight took three times the money in the UK as Batman Begins, and is far and away the biggest comic book movie of all time, while the trailer for the Dark Knight Rises received more attention than most full releases).

Nolan’s films are hugely popular, and there’s no denying that he has managed to carve out a niche and be perceived as the director of intelligent blockbusters (Inception took £35m in a very competitive market). The Dark Knight Rises sees Nolan include three of his Inception cast in key roles – Tom Hardy plays brutish villain Bane, Joseph Gordon Levitt as a young Gotham beat cop and Marion Cotillard (swoon) as a possible romantic interest for Batman (played once more as the growliest of dangerous, psychopathic vigilantes by Christian Bale). It will, undoubtedly, be one of the event movies of 2012, but not, by any means, the only one…
END_OF_DOCUMENT_TOKEN_TO_BE_REPLACED 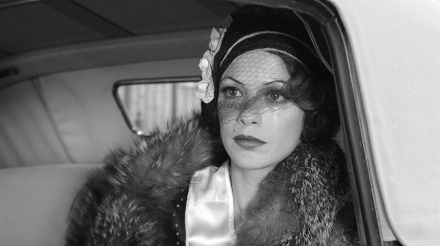 Just before Christmas, the issue of film release scheduling was brought up as part of the ugly contretemps between New Yorker film reviewer David Denby and Girl with the Dragon Tattoo producer Scott Rudin. While Denby’s claim that he had to break an embargo he’d agreed to because of release schedule madness (in this case, keeping all of the films aimed at a literate, adult audience to be released at the same time) was clutching for a proverbial drinking device, there’s a kernel of truth to the fact that most of the interesting releases aimed at an older audience do tend to be squeezed into a three month (at best) period.
END_OF_DOCUMENT_TOKEN_TO_BE_REPLACED