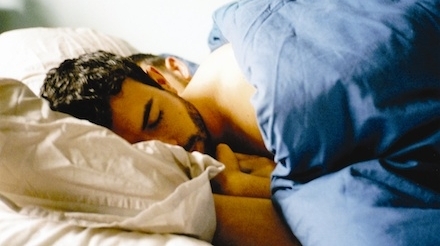 Weekend tells the story of two people. In the coming months it will be labelled and marketed as a gay movie, and it is – and probably the first time contemporary gay life has been depicted with such accuracy and sensitivity – but first and foremost, it’s a story of these two specific people, at this specific time in their life, and what transpires between them.

END_OF_DOCUMENT_TOKEN_TO_BE_REPLACED

Nadine Labaki’s first feature, Caramel, was a pretty crude but fairly likeable sitcom/soap – a Beirut-set Cutting It or Beauty Shop, notable mostly for being the rare middle-eastern film seen in the UK that doesn’t primarily deal with the region’s volatile politics. Her deeply silly follow up, which won the People’s Choice award at this year’s Toronto Festival (thereby joining a recent lineage of really lousy movies that people  – and Oscar voters in particular – really love: the previous two winners were Slumdog Millionaire and The King’s Speech) finds her turning her attention to Christian-Muslim sectarian tension in Lebanon, through the story of one unnamed village, and finds her massively overmatched by her subject material.

END_OF_DOCUMENT_TOKEN_TO_BE_REPLACED 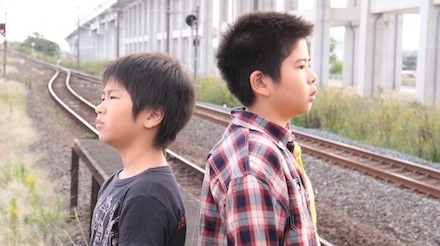 I Wish is an absolute delight. It tells the story of two young brothers whose parents have split up; the mother took the elder brother to live with her parents, leaving the father and younger brother behind. The split was acrimonious, and so the boys must communicate by phone, in secret. The mother’s family live in a town across the water from an active volcano; its looming presence fills the sky and ash falls more or less all the time, coating the town in a dull film that has to be constantly cleaned up. It’s a state of depressed limbo that reflects the lives of the family; things are unresolved. The film centres around the elder boy’s desire to bring the family back together; he decides that if the volcano exploded it would resolve things once and for all by forcing an evacuation of his town, and his parents to reunite. He ends up leading an expedition of children, each bringing a desire of their own, on a quest to reach a magic place where two Shinkansen trains will pass each other for the first time, which the kids believe will create enough energy to make wishes come true.

END_OF_DOCUMENT_TOKEN_TO_BE_REPLACED 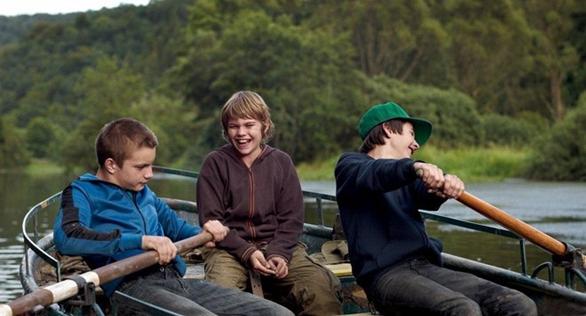 A  joy, from the first frame to the last. Director Bouli Lanners will be familiar to LFF audiences from his apearance as a transsexual assassin in Gustave de Kervern and Benoît Delépine’s anarchic Louise-Michel, and his last film, Eldorado, was one of our recommended obscure gems.

END_OF_DOCUMENT_TOKEN_TO_BE_REPLACED 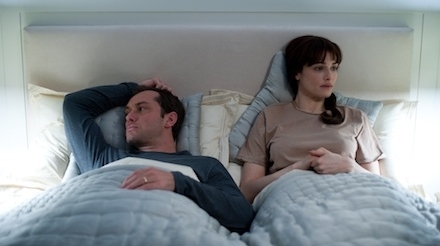 The festival opener, Fernando Mereilles’ 360 – a reimagining of La Ronde written by Peter Morgan and starring an embarrassment of top global thesping talent (Eminem and Jude Law, together at last! Or cosmically connected at last, or something) is digitally unspooling to the first night audience right about now (I’m writing this the evening before publication).

We should be bringing you a review of 360 in the next few days, along with reviews of other films playing in the first days of the festival. In addition, you can follow our Twitter feed for our instant reactions to films and retweets of other writers’ reactions throughout the festival. In additional addition, we’re still on the lookout for people to send in their own reviews, as previously noted. And in addition to that, why not join in in our comments section? You know you want to.