Ron Swanson rolls with the punches

END_OF_DOCUMENT_TOKEN_TO_BE_REPLACED

After the jump, a hand-picked bouquet of MostlyFilm contributors reflect on their telly, home video and gaming highlights of the year.

END_OF_DOCUMENT_TOKEN_TO_BE_REPLACED

Recently I became a fan of the Westish Harpooners. They are a college baseball team and they don’t exist. Those seem like two extremely good reasons not to care what the Westish Harpooners get up to but as I got to a part in Chad Harbarch’s novel The Art of Fielding where the legendary Mike Schwartz, catcher and leader of  the Harpooners, is crouched in the batter’s box with the game on his shoulders, I could not have been more emotionally invested if Schwartz was about to take his best swing at my undefended testicles. I love sport; I even love it when somebody makes it up.

END_OF_DOCUMENT_TOKEN_TO_BE_REPLACED

In a fit of sports-mad enthusiasm, MostlyFilm asked some of its contributors to write about sports films to mark the London Olympics. Some of them stayed on topic. 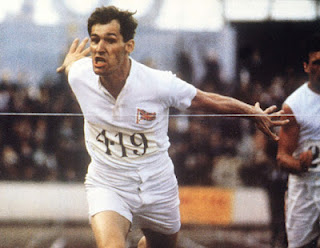 Read on after the hop, skip and jump.

END_OF_DOCUMENT_TOKEN_TO_BE_REPLACED

The occasion of the 2012 Olympic and Paralympic Games taking place in London is not just a sporting event, but also a cultural one. The London 2012 Festival will run throughout the summer and will encompass all of the arts in a series of special performances and exhibitions around the capital, with a collection of new short films by British directors being one of the most intriguing offerings. This London 2012 portmanteau film consists of four new works from Mike Leigh, Asif Kapadia, Lynne Ramsay and Max & Dania (Max Giwa and Dania Pasquini). The brief given to these directors allowed them complete freedom to produce a film that reflected London and the games as they saw it. As with any portmanteau film, London 2012 is a mixed bag, but the finished product certainly is an interesting blend of styles.

END_OF_DOCUMENT_TOKEN_TO_BE_REPLACED

Even though it comes complete with a climactic twist that trumps anything a screenwriter could invent, the story of Arsenal’s 1988/89 title-winning season isn’t natural material for a film with broad audience appeal. With this in mind, it’s not surprising that Nick Hornby’s adaptation of his own book Fever Pitch attempts to yoke his own memories of that season to a standard-issue romantic comedy structure, with mixed results. Colin Firth plays likeable teacher and Arsenal fanatic Colin Paul, who gets romantically involved with his colleague Sarah (Ruth Gemmell), portrayed as an uptight shrew who views Paul’s obsession as nothing more than an adolescent interest he has failed to grow out of.

END_OF_DOCUMENT_TOKEN_TO_BE_REPLACED

“We play cricket for the value of cricket” – Bunny Wailer

Despite my ancestors being indigenously British as far back as the Romans, I failed the Tebbit cricket test a long time ago.  My mantra was ‘anybody but England, unless it’s Australia’, but my true love in international cricket was the West Indies team.  When I meet someone from Ballycastle who supports Leeds United, or from Porto who supports West Ham United, I have a theory that the club was in its glory years when that person was ten years old. Having seen Fire in Babylon I now know that in supporting the Windies, instead of being a romantic maverick I was a glory hunter, no better than a London Red. (I prefer to believe that I had a premonition of the Barmy Army, and knew that I would want nothing to do with it.) After telling a classmate, who called me an n-word-lover, for the first, but not last, time in my life. My affiliation became the love that dare not speak its name. This was also my first lesson that National Front supporters were not cuddly patriots.

In Fire in Babylon director Steven Riley tells the story of the West Indies cricket team, from their humiliating 5-1 Test defeat in Australia in 1975 to becoming the unstoppable Test-winning machine captained by Clive Lloyd, using archive footage, interviews, music, and cultural analysis by Bunny Wailer and Frank I. The film is overtly framed in the emergence of a post-colonial Caribbean culture; the politicisation of some of the team, particularly Viv Richards, as black people increasingly conscious of their African descent; and the fight against apartheid. Its saddest moments come with the fallout from the rebel tour of South Africa in 1983.