Martin Scorsese has famously described cinema as simply being “a matter of what’s in the frame and what’s out,” but when The Last Temptation of Christ was released in 1988, very few were willing to consider the film on those terms. This adaptation of Nikos Kazantzakis’ novel remains one of the most controversial films ever released by a Hollywood studio. It sparked protests, threats and even physical attacks, with a cinema in France being firebombed by a group of Christian fundamentalists for daring to screen the film. The charge was blasphemy, with the biggest bone of contention being a much talked-about sex scene between Jesus and Mary Magdalene. The fact that few of those criticising The Last Temptation of Christ had seen it, or had any intention of doing so, was apparently beside the point. END_OF_DOCUMENT_TOKEN_TO_BE_REPLACED 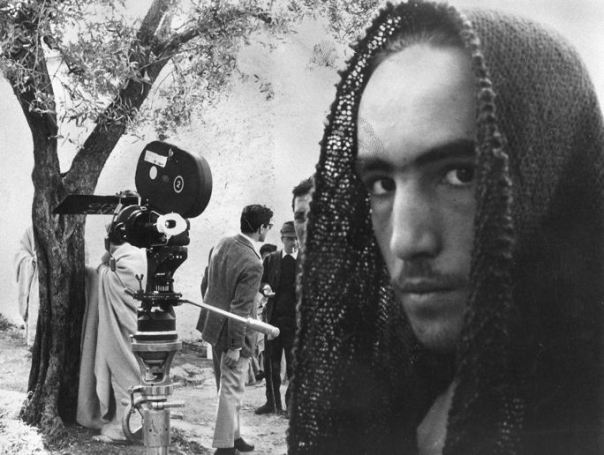 It’s not hard to see Pier Paolo Pasolini’s 1964 film, Il Vangelo Secondo Matteo (The Gospel According to St. Matthew), as a deliberate shift away from, perhaps even rebuke to, the style of religious filmmaking that had poured out of Hollywood in the 1950s and early 1960s. These were gaudy, technicolor affairs, stuffed with earnest matinee idols, hammy character actors and hundreds of extras. Starlets draped in wisps of chiffon would flash kohl-rimmed eyes at pained looking holy men. And just in case we were in danger of forgetting, a stentorian voiceover would remind us that This Is The Word Of The Lord.

In contrast, Pasolini’s film is simple and spare. Shot in stark black and white with a cast of non-professionals, it follows the linear narrative of Matthew’s gospel. We move through the familiar beats of Christ’s life: the visit of the three wise men and flight into Egypt; the baptism in the river Jordan and temptation in the wilderness; the calling of the apostles; the preaching and miracles; culminating in Christ’s arrival in Jerusalem, his betrayal by Judas Iscariot, arrest, trial, crucifixion and resurrection. END_OF_DOCUMENT_TOKEN_TO_BE_REPLACED