Mostly Film’s intrepid reviewers have been out and about at the London Film Festival.  Here is the first of two reports this week of what they’ve been watching. 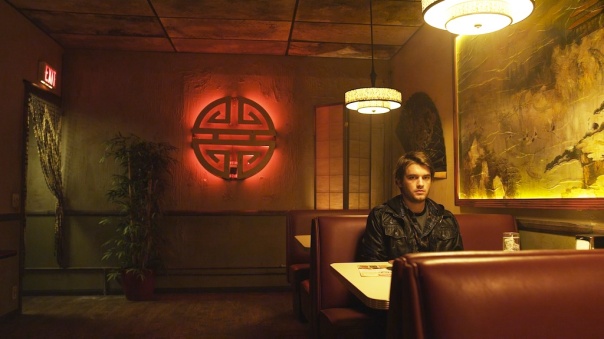 John Dies At The End

During his introduction to the late night screening of John Dies at the End, director Don Coscarelli told how he was mulling over a sequel to 2002 cult hit, Bubba Ho-Tep, when he received an email from a ‘robot’ – one of those automated Amazon messages that recommends on past purchases, ‘you bought this, so you might like this’ etc.  The suggestion was David Wong’s book, John Dies at the End and for once, the robot was spot on.

John Dies at the End is a fun midnight movie.  Told in confessional flashback as a potential story to journalist Arnie Blandstone (Paul Giamatti), two paranormal investigators (Chase Williamson and Rob Mayes) have to save the universe from a gigantic evil demon called Korrock, helped by a mind opening drug called (and looks like) Soy Sauce.  Once the Soy Sauce takes hold, nothing is as it seems.  Characters develop psychic abilities and cross time and reality. The dead have telephone conversations with the living.  At least, I think that’s what happens.