In the second book of E L James’ lightly kinky Fifty Shades of Grey trilogy, there is a scene where the heroine, Anastasia Steele, is bent over a pool table and spanked on the arse with a ruler by her lover, multi-millionaire smug bastard, Christian Grey.

You won’t know this if you’ve only seen the film adaptation of Fifty Shades Darker (released last Friday) because the bloody fools (in this case director James Foley) cut the scene out.

What on earth was Foley thinking? It was the only decent scene in an otherwise terrible book. I’ve a mind to go and demand my £5.50 back from the cinema. I paid good money expecting to see a young lady being beaten on the bottom with office stationery.

I’m not saying that I base my opinion of a film’s worth by the number of spankings in it. But if I did (and I do, really), you’d expect Fifty Shades Darker to get a bit of a leg up in the Etta Stark Film Appreciation League. But no. There are four paltry smacks on Dakota Johnson’s bottom in this film and that’s your lot, spank fans. OK, there’s a bit of other BDSM-ing in evidence: a leg spreader here, some wrist cuffs there, a nipple clamp that gets demonstrated on a finger but really not enough  to satisfy anyone who wants their kink a bit kinkier than, say, an episode of Countryfile.

I’m sure it won’t surprise anyone to hear that, apart from some scenes involving Dakota Johnson’s (admittedly very attractive) arse, this film has very, very little to recommend it.

You know the boring Montage Segment © in every RomCom (usually when Hero and Heroine have separated due to what turn out to be entirely reconcilable differences)? Fifty Shades Darker is all Boring Montages. One after the fucking other. Moody bastards do some shit for the duration of a bland pop song. This film is like a collection of the dullest music videos ever made.

And I’m still a bit baffled about the casting of Jamie Dornan as Christian Grey. I’m not saying Dornan is unattractive. He’s a perfectly pleasant looking fellow. I’m sure his Mum is very fond of him. But Book Grey is frequently described in the narrative as being head-turningly gorgeous. People are startled and unnerved by his arresting beauty. Whereas Dornan as Film Grey is just, sort of, there. He’s fine but I reckon I could share a tube carriage with him and my knickers would be unmoist and my life would be unchanged by the end of it. I do appreciate that it’s easier to write that level of gorgeousness than cast it, though. Honestly, is anyone really that pretty in real life?

It would be unkind to harp on about Dornan’s lack of Mind-bending Attractiveness were it not for the fact that apart from his beauty (and, I guess, his bank balance), Christian Grey really has nothing to recommend him. He’s a moany, self-absorbed, manipulative wanker. If Anastasia started a thread on Mumsnet about him, she’d probably be told that he was a Narcissist and she should LTB*. Christian frequently bosses Ana about; he tells her that he doesn’t want other men “gawking” at her. After he suspects her new boss fancies her, he says, “He wants what’s mine.” The twat. Still, at least he doesn’t steal her fucking car this time like he did in the first film.

I have read all three “Fifty Shades” books. Of course I have. I found Fifty Shades Darker the most hilarious. Largely because E L James was apparently unaware that it was OK to have time gaps between chapters. Every new chapter continued the narrative from the second the previous chapter finished.

I created an infographic a while back. Almost everything in the book takes place over about ten days. One minute Ana is being threatened with a gun by her boyfriend’s ex-sub, the next, she’s being sexually assaulted by her boss. Yet in between these incidents, Ana and Christian have plenty of time for “kinky fuckery”.

It’s just stupid. The whole thing is stupid. The protagonists are entirely unlikeable. The whingy idiots. They deserve one another.

So was there anything I actually enjoyed about this film? Hmm. Well, I did like Rita Ora’s performance as Christian Grey’s sister, Mia. She owned the screen whenever she was on it. You deserve better than this shit, Rita. Have a word with your agent. 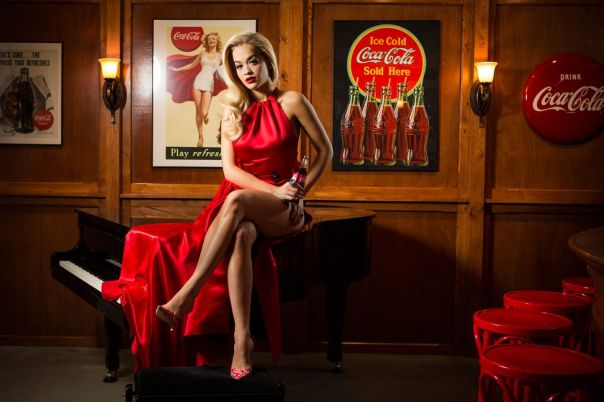 And, while scrabbling to find anything else vaguely positive to say about Fifty Shades Darker,  I’ve discovered that the actor who played Grey’s driver, Taylor, is called Max Martini in real life. Max Martini! How wonderful a name is that? He sounds like a knock-off James Bond.

Other than that, I’ve got nothing. It’s a terrible film. Regardless of how you feel about spanking (and I think we’ve established that I’m very much pro-spanking). Terrible direction, clunky script and phone-it-in delivery from the principle actors. It was like watching an episode of Hollyoaks where everyone was having an off day.

According to IMDB, the third film of the trilogy, Fifty Shades Freed, is already in post-production. I’m powerless to stop it.

And you know that I’ll watch the fucking thing when it comes out. I can’t help myself. I’ll take my opportunities to enjoy spankings in mainstream movies where I can.

God knows why. Fifty Shades Darker is dull, uninspiring and insipid. I’m sure that an over-the-pool-table spanking would have made it more watchable.