Ace in the Hole is reissued on Bluray today by Masters of Cinema. Philip Concannon’s look back at Billy Wilder’s cynical masterpiece is illustrated by behind-the-scenes photographs.

On April 18th 1948, The New York Times ran an article entitled “The Happy Union of Brackett and Wilder.” The piece was timed to mark the imminent release of two films on which Charles Brackett and Billy Wilder had collaborated – The Emperor Waltz and A Foreign Affair – and to celebrate their enormously successful decade of working together. They had established a degree of freedom and control over their pictures that was exceptional for filmmakers in the studio era, and Wilder told the paper that they were “The happiest couple in Hollywood.” On the evidence of that article, most people would have surely assumed that the Brackett and Wilder team was set to run and run, but it wasn’t to be.

Within two years of the article’s publication, the Brackett-Wilder union was surprisingly dissolved following the release of Sunset Boulevard, which was a critical, commercial and Oscar-winning triumph. “The success of Sunset may have been part of our problem. Where do you go from there?” Wilder asked, and perhaps they did feel that their work together had reached a natural end, but there had also been a degree of tension behind that apparently happy façade. Clashes of taste were common between the earthy and cynical ex-newspaper man Wilder and his more refined partner, and they had temporarily split once before, when Brackett decided that the subject matter and the characters of Double Indemnity were simply too sordid for him to be involved in. One can’t help wondering what he would have made of the first film Wilder directed after their relationship had come to an end.

Ace in the Hole feels like the most concentrated dose of Billy Wilder’s worldview. He presents us with a situation that can only be resolved by people working together towards a common goal, and he fills it with characters defined by their avarice, selfishness and shortsightedness. At a time when a hero is required, Wilder gives us Chuck Tatum (Kirk Douglas), who swaggers into the offices of the Albuquerque Sun-Bulletin determined to secure a position. “I can handle big news and little news” he tells his prospective employer, “And if there’s no news, I’ll go out and bite a dog.” He talks almost boastfully of having been fired from papers in three cities for various infractions, but there’s something undeniably seductive about his wisecracking arrogance, and it initially seems as if Wilder is setting him up as a roguish, maverick anti-hero. However, we soon find out how truly dangerous a man like Chuck Tatum can be. 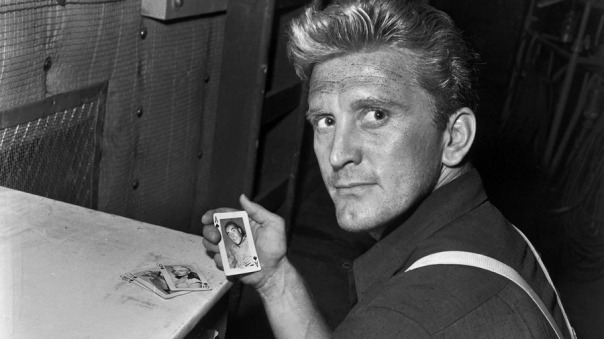 After a miserable year spent ankle-deep in ‘little news’, Tatum finally stumbles across the big one when he happens to be the first man on the scene of an accident that has left Leo Minosa (Richard Benedict) trapped in a mountain cave. Tatum quickly makes a show of organising the rescue effort, but his thoughts are only on one thing – spinning this story into something sensational. He figures out the human interest angle, forms an unsteady alliance with Leo’s wife Lorraine (Jan Sterling) – even though this canny and callous blonde is hardly the type to play the tearful spouse that he requires – and, crucially, he forces the contractor coordinating the dig to opt for the riskier method of extraction, because that will take longer. “Floyd Collins lasted 18 days” Chuck says wistfully, “if I had just one week of this…”

Floyd Collins was a cave explorer who became trapped in a narrow passage in Sand Cave, Kentucky in 1925. Despite the best efforts of rescuers above the surface, Collins died of thirst and exposure before he could be reached, but in the period between his accident and death he had become a media sensation. William Burke Miller was a reporter at the Louisville Courier-Journal who was sent to cover the incident and began filing regular reports from the scene, even managing to crawl into the cave to speak with Collins, pray with him and bring him food. He was rewarded with the Pulitzer Prize, which Tatum is quick to mention to his photographer as a Machiavellian plan takes shape in his mind.

Billy Wilder had enjoyed success in previous years by casting actors like Fred MacMurray and Ray Milland against type, but here takes a he different approach and maximises his star’s singular assets. Douglas’s shark-like grin has rarely seemed as devilish as it does here, with Tatum’s eyes shining brightly in the dark cave as opportunity knocks, and the star dives into his unscrupulous character with evident relish, making him simultaneously an attractive and repellent figure. What’s remarkable about Ace in the Hole, though, is that Chuck Tatum is far from the only abhorrent character on show.

It would have been easy for Wilder to set Ace in the Hole up as an attack on the press, but that’s not what the film is about. Everywhere you look in this picture there are people who take one glance at Leo Minosa’s predicament and start thinking about what they can get out of it. Lorraine sees money pouring in from tourists and begins imagining a new life in New York away from her husband; the local sheriff thinks about how he can use this to aid his re-election; even a visiting family is keen to taste the spotlight by telling reporters that they were first on the scene. The area around the cave becomes not just a media circus but a literal circus, with a big wheel going up on site, vendors selling their wares, and families gathering for this festival of rubbernecking. With Ace in the Hole, Wilder is sticking the knife into all of us. And it still stings.

Ace in the Hole is a film about a media fuelled by sensation and a public scrambling desperately to claim a piece of the pie. When it was released in 1951 it had its roots in recent events (as well as the Floyd Collins story, Wilder was inspired by Kathy Fiscus and the Lindbergh baby), but while it is a film of its time, Ace in the Hole succeeds as a film for our times too. Chuck is prone to tossing out aphorisms like “It’s a good story today. Tomorrow they’ll wrap a fish in it” and “Bad news sells best. Good news is no news” – lines that sound entirely applicable to an age of 24-hour coverage, impulsive tweet reactions, and the insatiable need to be first, loudest and exclusive rather than right.

Over 60 years after its release, Ace in the Hole remains a potent brew, and it proved unpalatable for critics and audiences in 1951. Paramount didn’t know what the hell to do with the film, and they tried changing the title to The Big Parade before admitting defeat and leaving Wilder to contemplate the first flop of his career. “I think my mistake was in offering the American public a shot of vinegar when they thought they were going to get a nice cocktail” the director surmised, but perhaps his real mistake was that he simply held up a mirror and allowed the public to see a part of themselves that they recognised but didn’t want to see writ large. It was a lesson he took to heart, and while he went on to make a series of acclaimed and hugely successful films (his next feature Stalag 17 made enough to cover this film’s losses), he never again burrowed so deep into the true darkness at the heart of human nature. “If you’re going to tell people the truth, be funny” he later advised, “or they’ll kill you.”

1 thought on “There’s a War on… Somewhere”