Blake Backlash wants you to join him on a journey of discovery. 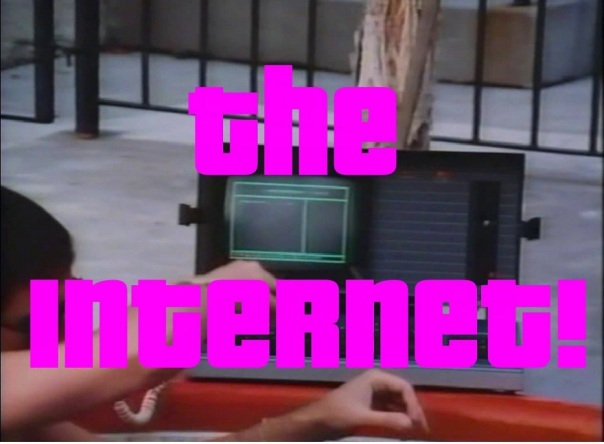 Listen, you need to watch out, there’s this film festival I need to warn you about. From the 29th of June to the 2nd of July, DukeFest Zero runs at The Prince Charles Cinema and The Phoenix Artists Club in London. What I am supposed to be doing is making you want to go by telling you about the films that are playing. But telling you about these films is going to be tricky – for the very best reasons. Reasons that mean you really should go. Because going to DukeFest will mean taking a step into the unknown. And that means taking a risk. That’s why I started off by giving you a warning.

If you like films you’ve probably talked about discovering a film. Maybe you saw something at 2am on BBC Two twenty years ago that you’ve thought about every day from that day to now. Maybe you walked into your local rep cinema to get out of the rain, then walked back out two hours later after seeing something that changed you forever. Or maybe Europe’s Best Website gave you a heads-up about a gem that you knew you had to hunt down. But maybe all this is just a blunted notion of what discovery is – finding a film in these ways means someone else, someone who’s supposed to know more than you, has pushed the film in your direction. Maybe finding films like this is too much like going to the little out-of-the-way place recommended by the Guidebook. DukeFest Zero is more like going off with the dodgy looking bloke at the wrong side of the train station who whistles at you, offers you to show you places no-one else knows about…and smiles.

At DukeFest you will see stuff that even the organisers have never seen before. For real, no foolin’. They’ve got hold of a bunch of VHS cassettes of stuff someone recorded off Japanese telly twenty years ago – and they’ll be playing them for the first time at the Phoenix Club. So you’ll be finding out what’s on them at the same time they do. Maybe it’ll be the 347th episode of a long-running anime about Sherlock Holmes and Watson, except Holmes is a giant robot mouse and Watson is an invisible flying ghost-squid. Or maybe it’ll be a variety show where guest contestant Morgan Freeman, there to plug The Shawshank Redemption, is dressed as a sailor and is whanged hard in the nuts by a boxing glove on a spring, after not being able to recite a tongue twister correctly. Or maybe it’ll be a documentary about Western clichés about what Japanese television is like. Perhaps someone will have recorded the last 15 minutes of Yasujirō Ozu’sTokyo Twilight and the rowdy, pissed-up crowd of DukeFest goers in will fall silent as they are enveloped by mono no aware.

If that happens it may be the only chance you have to catch your breath in the whole festival, where the spirit of adventure is defined by brevity, intensity and turning the volume up. So expect to have strange dreams if you drink your fill of everything the festival has to offer. Freaky trailers, horror film soundtracks, weird music videos – the idea seems to be to overload the audience with sounds and images that are arresting and unsettling. And if you can take everything they push at you and keep it down, then they’re also inviting you to contribute, as well as consume. There’s a music video found footage event where they want you to want you to bring along ‘the most entertaining, unexpected, offbeat and obscure music videos you can find’. Here’s your chance to dose your hosts with some of their own medicine.

The festival closes with Strangers in Paradise, a film which one sceptical IMDb user has labelled ‘the worst anti-fascist musical ever made’, the story of a cryogenically frozen mesmerist’s encounter with US fascists, told via the medium of song and dance. But what’s more interesting than the plot is that this is a film so obscure that Google can’t believe you want to see it. When you search for it, it gets all ‘Did you mean…’and tries to point you in the direction of about five other films with similar titles. If you see it, you’ll be among the first people to have seen it in this country for about thirty years. So go see it.

The film that kicks off the festival is a bit easier to get a handle on. It’s a documentary called My Name Is Jonah. The trailer seems to have been created by melding equal parts Scrapheap Challenge, Series Two of I’m Alan Partridge, the Crap Taxidermy Twitter account, and, well, just men shooting guns. And over all this footage someone (maybe Jonah) is talking about how someone with the thousand-yard stare will make you ‘wolf your shit’ and break your ribs and knees, even though ‘you may give him a black-eye, a bloody lip’. I’ll confess to feeling rather sordidly intimidated by the whole thing. I doubt my capacity to give anyone a black eye or a bloody lip, let alone someone with the thousand yard stare. So when the trailer ends with Jonah shouting ‘You people are weak!’ I couldn’t help but think he meant people like me. The tone of the trailer, and the way the filmmakers shill for the film on their website  seems to suggest the film is about ironically celebrating Jonah. That gave me pause – is it really right to celebrate an American who has that many guns and Russian brides and wants to make me wolf my shit? Interestingly though, some critics have struggled more with the irony than the celebration, worrying that the film exploits its subject, and admitting to feeling uncomfortable watching the film with a laughing festival audience.

So maybe that’s how you’ll feel if you go and see it. Maybe you’ll feel angry with your fellow festival-goers for laughing, or with the festival organisers for putting the film on, or with me for telling you to go, or with yourself for listening to me. But like I said at the start, you can’t take a step into the unknown without taking a risk. And seeing a film that makes you pissed-off is part of that risk. If you do get angry, then the Phoenix after the film is the place to let it out. You could even start an argument – but be nice, don’t break out the thousand yard stare.

But I bet you have fun. So much fun that you might not notice that DukeFest, by focusing on the fleetingly glimpsed, the ephemerally out-there and the almost lost, will be expanding – or, even better, warping­ – your conception of what moving images can do to you.  And if that means the next time you go to your local multiplex, or even your local arthouse cinema, that the thing you see seems a little bit too safe? Well, they say they’ll be doing it next year as well.

DukeFest Zero runs in London from this Sunday. Tickets for My Name Is Jonah and Strangers In Paradise are available here.