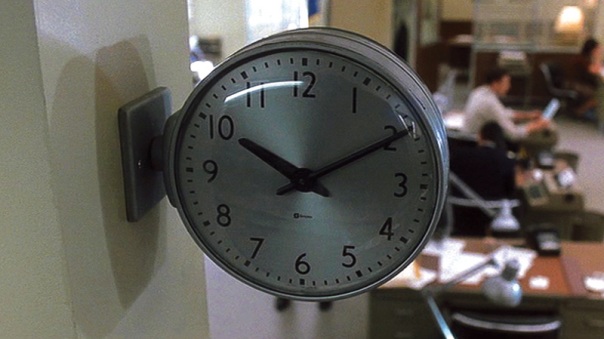 With cinema the dominant artform of the twentieth century, it should come as no surprise that artists have long employed moving image media practices in their work. Increasingly, with the use of film and video by artists perhaps more prevalent then ever, artists are also making the leap from gallery to cinema. So what characterises artists’ film and what separates it from cinema? In the discussion that followed the screening of his work The Lark Ascending (2004) at the Prince Charles cinema in 2004, Mark Wallinger answered a question about why he described the work – a gradually lightening grey screen accompanied by an initially baffling soundtrack gradually rising in pitch and revealing itself to be birdsong – as a film with the words to the effect of ‘Well, if it walks like a duck and it talks like a duck, then it’s probably a duck.’ For me this response missed the mark; from where I was sitting the work had neither looked nor sounded like a film. I realised that despite sitting in a packed cinema, looking at the screen and listening to the soundtrack in the same way as I’d watched countless films before in that very space, I’d somehow experienced the work as sculpture. It’s more than possible that this was a failing on my part, but I don’t think I was alone in questioning the nature of cinema at the end of the screening.

Recently, a number of exhibitions and screenings have brought this question back to mind. Firstly Christian Marclay’s The Clock (2010), 24 hours long and constructed from clips from Hollywood films, which clearly engages with cinema by taking narrative film as its source material and reworking it to form new narratives, albeit brief and often disjointed ones. The conceit of this work is that the film features clocks throughout and that these always tell the right time. If there is an overarching story it is perhaps one about our obsession with time but as watching the film it is easy to get caught up in its micro-narratives and set the bigger picture aside for later. It’s hard not to use the words great achievement when talking about The Clock but doing so tends to focus the discussion on the research that must have gone into it and the technical achievement – see, there’s that word again – of putting the piece together when in fact the film amounts to a great deal more than these. It’s easy to enjoy The Clock without recognising the source material or understanding the way it was made, indeed my own woefully limited knowledge of film history never seemed to matter. As one clip cuts to another there are plenty of visually pleasing juxtapositions, enjoyable in their own right, as well as moments of great tension, particularly as the turn of the hour approaches. And thanks to some seriously good and well-considered sound editing, the cuts are never jarring. Music often runs across several clips, setting the mood, heightening tension, giving a sense of drama and sometimes impending doom. Mealtimes are observed; trains are waited for, met, caught or missed; ringing phones are answered; conversations take place across decades, continents and genres.

Despite its subject, I completely lost track of time watching The Clock, staying for four hours when I should have been elsewhere after two; there is constantly a new story unfolding and, though these are never clear, they are unexpectedly compelling and I found myself reluctant to miss anything. Fundamentally, though it happens in a gallery space and though the audience comes and goes as art audiences do, whether one stays ten minutes or ten hours, watching The Clock feels more like cinema than a gallery visit. Though it doesn’t have a discernible narrative and though everyone’s experience of it is likely to be different, ultimately The Clock both looks and sounds like a film and feels like a piece of cinema.

Using film less obviously cinematically, in his ‘solid light’ works Anthony McCall uses projection – originally 16mm film, now digital projection – to create beams of light made apparently solid by haze within the space. Film is reduced to its most basic attributes – projected light changing over time – with the act of projection made visible to the point of seeming sculptural by the atmosphere in the gallery space. In the 1970s, when McCall started making these works, in the absence of haze machines the solidity came from ambient dust and cigarette smoke in lofts still bearing more than a passing resemblance to the industrial spaces they had once been; when installed in the pristine spaces of white cube galleries or museums the works were rendered invisible: the Emperor’s new art, perhaps.

Despite their seeming solidity, horizontal works such as Line Describing a Cone (1973) reference cinema quite directly: the noise of the projector is a constant reminder that we are watching a film and the solid-looking, smoky beam of light was a given when smoking was allowed in cinemas. Coupled with this, the shared experience of the audience reminds us that cinema is not just the projection of a film; McCall entices us to share the childish joy of interrupting the beam and, at times, the frustration of having our view interrupted by others in the space. In the talk that preceded the unveiling of the digital work Line Describing a Cone 2.0 (2010) – do you see what he did there? – at Tate Modern last month, McCall described the solid light works as being ‘between sculpture and cinema’ but added that in the end they are ‘just drawings’. He saw the move to digital as of relatively little consequence; whereas film is a medium, cinema is about the social space in which the work is shown regardless of the medium used and the means of projection. In the digital version the line describes a perfect circle; it is the same weight all the way round, drawn at a constant speed and without the mismatch where the two separately animated semi-circles failed to meet that characterises the analogue line. In one respect though the work seemed to me to be compromised by the technology. Looking at the projected image in the analogue work one sees a circle of light, albeit an imperfect one, on a perfectly dark wall. The digital projection offers a perfect circle on an imperfectly dark ground: the edges of the frame are visible, reminding us that this is a ‘film’. This unexpected, and I suspect unintentional, reference to the rectangle of the cinema screen slightly dulled the experience for me, although it would also be true to say that these are works that should be seen in an under-populated space rather than an overcrowded room so the double screening at Tate Modern was never going to replicate the magical experience of my first encounter with Line Describing a Cone in an almost empty room at the Hayward Gallery.

Anthony McCall’s Vertical Works exhibition at Ambika P3 offered a different perspective on the solid light works. Whereas the horizontal beam of Line Describing a Cone and other horizontal pieces places the work in a cinematic space, the vertical cone of light feels more architectural. Watching visitors interact with these works confirmed this reading, revealing people’s tendency to enter the works through gaps – doors – in the ever-changing ‘walls’ of light. Again the edge of the image, just visible on the carpeted floor, placed the drawing in a projected, filmic frame though this seemed less intrusive given the unfamiliar context and the darkness of the ground.

Given the differences between Marclay’s and McCall’s recent exhibitions it would clearly be a stretch to try to draw any significant conclusions about the use of time-based media by visual artists but it is nonetheless possible to draw parallels between the work of these two, very different practitioners. The press release for McCall’s shows at Ambika P3 and Sprüth Magers refers to ‘his interest in the medium of film itself, and the idea of making films that existed only in the present tense’, an idea that offers an unexpected bridge between The Clock, in which by definition we are only ever in the present, and Line Describing a Cone.

Ann Jones is an artist and educator.

9 thoughts on “Present Tense: Film, Cinema and the Gallery Space”