1986 week continues at MostlyFilm Towers, where over the next few days we’ll be wishing a happy 30th birthday to some of our contributors’ favourite films. But first, Paul Duane has something he needs to get off his chest… 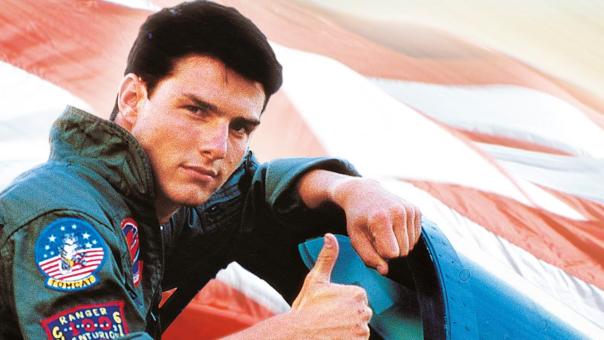 Top Gun – Tony Scott’s worst film. The film that popularised the worst sunglasses ever invented. The film that spawned a homophobic Tarantino monologue that he wisely decided was too bad to go in one of his own films so he put it in somebody else’s. But still, astonishingly, not Tom Cruise’s worst film – that’s Days Of Thunder, whose 70mm release was such a blot on the record of its studio, Paramount, that the next incoming studio head ordered all the 70mm prints to be junked, and then accidentally junked all the 70mm prints of Terence Malick’s timeless masterpiece Days of Heaven along with them. Top fucking Gun is the number one film of 1986 according to IMDb.

Aliens – a lumpen, testosterone-fuelled sequel that coarsened an entirely perfect film, Aliens spawned a hugely popular sub-genre – gritty action/war films where shouty, sweary, thinly disguised American soldiers battle space aliens in space. Starship Troopers is a hundred times the film that Aliens is. Hell, PREDATOR is a better film in many ways. Aliens is not James Cameron’s worst film, but it’s probably his most influential, and not in a good way.

Ferris Bueller’s Day Off – insufferable teens damage property that doesn’t belong to them and get away with it because they’re smug and well-spoken. If he’d grown up in the UK, Ferris would have been a member of Bullingdon. Not John Hughes’s worst film – probably among his best – but if, like me, you don’t like John Hughes films, that won’t cut any ice.

Big Trouble in Little China – It’s okay, I suppose, but John Carpenter made some of the defining films of the seventies and eighties; some of the best films of his era. I just wish this one was a bit more substantial. Look at the list of films he didn’t make: there’s a supersoldier film, The Shadow Company, written by Shane Black, a remake of Creature from the Black Lagoon, an all-female-cast survival horror called Prey. I’d cut my arm off to see any of those, but BTiLC? Just watch some hopping vampire movies instead, they’re more fun. Or Kung Fu Hustle.

Platoon – give me a fucking break here.

Labyrinth – Bowie juggles baby in a weird Jim Henson romp which, in the closing credits, acknowledges its debt to Maurice Sendak’s brilliantly creepy kids’ book Outside Over There. Nice of Henson but Sendak probably would’ve preferred the money.

Look, 1986 wasn’t all bad. Blue Velvet went off like a bomb that year, amongst all the crapola that festooned the screen, and Manhunter snuck out on VHS, a slow-burn start to three decades of global obsession with Hannibal Lecter, the Frasier of meat.

But any year that has Howard the Duck, The Golden Child, Short Circuit and Crocodile Dundee in it is not, by my standards, a good year for cinema.

I was twenty in 1986 and, believe me, it didn’t feel like a golden age then, and in retrospect, it hasn’t aged well. There are a few oddities that I wouldn’t mind revisiting. Peter Weir’s film of The Mosquito Coast impressed me at the time with its use of Harrison Ford as a charismatic but unhinged father figure; The Color Of Money had its moments; Sid and Nancy and Peggy Sue Got Married were minor but sweet.

The cinema of the 1980s was the beginning of a long process that tried to take back what the 1970s had given us. Focus-grouping and test screenings ruled. The development of the tentpole release was well under way.

Not all of the grit and imperfection of cinema was immediately leached from the movies – Texas Chainsaw Massacre 2 and Henry: Portrait of a Serial Killer snuck out, poisoning the pretty pink atmosphere, and Under The Cherry Moon was an auteur folly on an Eric Von Stroheim scale but with better music.

However, for me, all things cinematic looked pretty bad in ’86, unless you had the patience to hunt out the good stuff. Which, pre-internet, was hard.

But it seems that there were all these great filmmakers out there watching these terrible, vapid films and dreaming of the day they’d get their chance. And in the mid-90s, they did, and we had a proper Golden Age of independent cinema, with movies coming out every week that overturned everything you’d previously seen. Tarantino, Kaufman, Jonze. I like to think that they were all just as bored as I was with 80s cinema and that boredom provided the engine for their short-lived revolution. I’m not sure whether it’s true, but it’s one way of not entirely hating 1986.